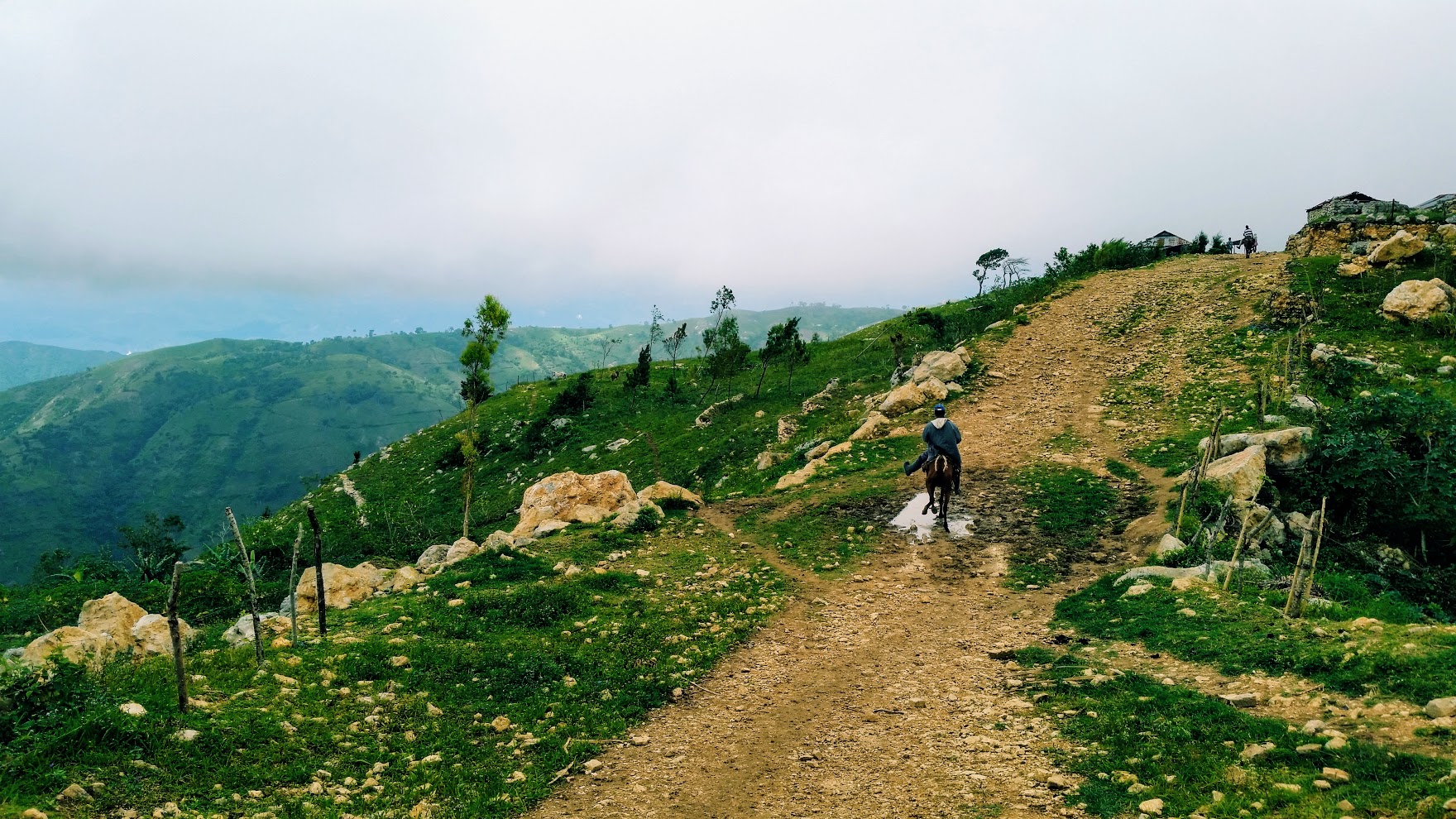 Understanding the science behind carbon and climate change can help us effectively care for our planet.

More and more attention is focused on climate change and not just the threats that it presents but also solutions! Research efforts like Project Drawdown have evaluated the positive impact that different actions like sequestration could have on our planet’s health. A quick review of some of the research out there shows that most solutions revolve around one key task: reducing atmospheric carbon.

As terms like greenhouse effect, carbon offsetting, sequestration and synthetic gas become more widely used, it becomes increasingly helpful to have a solid understanding around the basics of climate change. One doesn’t need to become an expert in climate science to make a positive difference, but knowing how to measure and monitor the impact of our actions and the solutions we invest in equips us to make the most effective choices toward a more sustainable future.

Here are a few concepts to be familiar with, starting with a familiar term: the greenhouse gas effect.

The greenhouse gas effect occurs when an excess of carbon and other gases trap heat within the Earth’s atmosphere, warming the climate.

1) The sun’s heat radiates across the Earth’s atmosphere

All forms of life, from plants to animals and humans, rely on a viable temperature to live. While some species might prefer a warmer or colder temperature than others, the Earth must be kept within a hospitable range of temperatures in order to sustain habitats, food chains, and life itself.

The Earth is warmed by the sun, and the earth’s atmosphere is designed in a way that retains this warmth.

One of the ways that the earth’s atmosphere is able to retain this heat is through greenhouse gases. These gases operate like the glass exterior of a greenhouse. They stop the heat from escaping and reflect it toward earth.

3) Some heat radiates back out

The earth’s atmosphere is also designed to release some heat, allowing it to pass through as it gets reflected off the surface of the earth.

Different kinds of gases can be found in the atmosphere

Carbon dioxide is just one of several greenhouse gases that contribute to this dynamic. Some of these are naturally occurring, but many are not. Others may exist naturally, but not at the volume currently observed. Here is a brief summary of some of the most notable greenhouse gases: 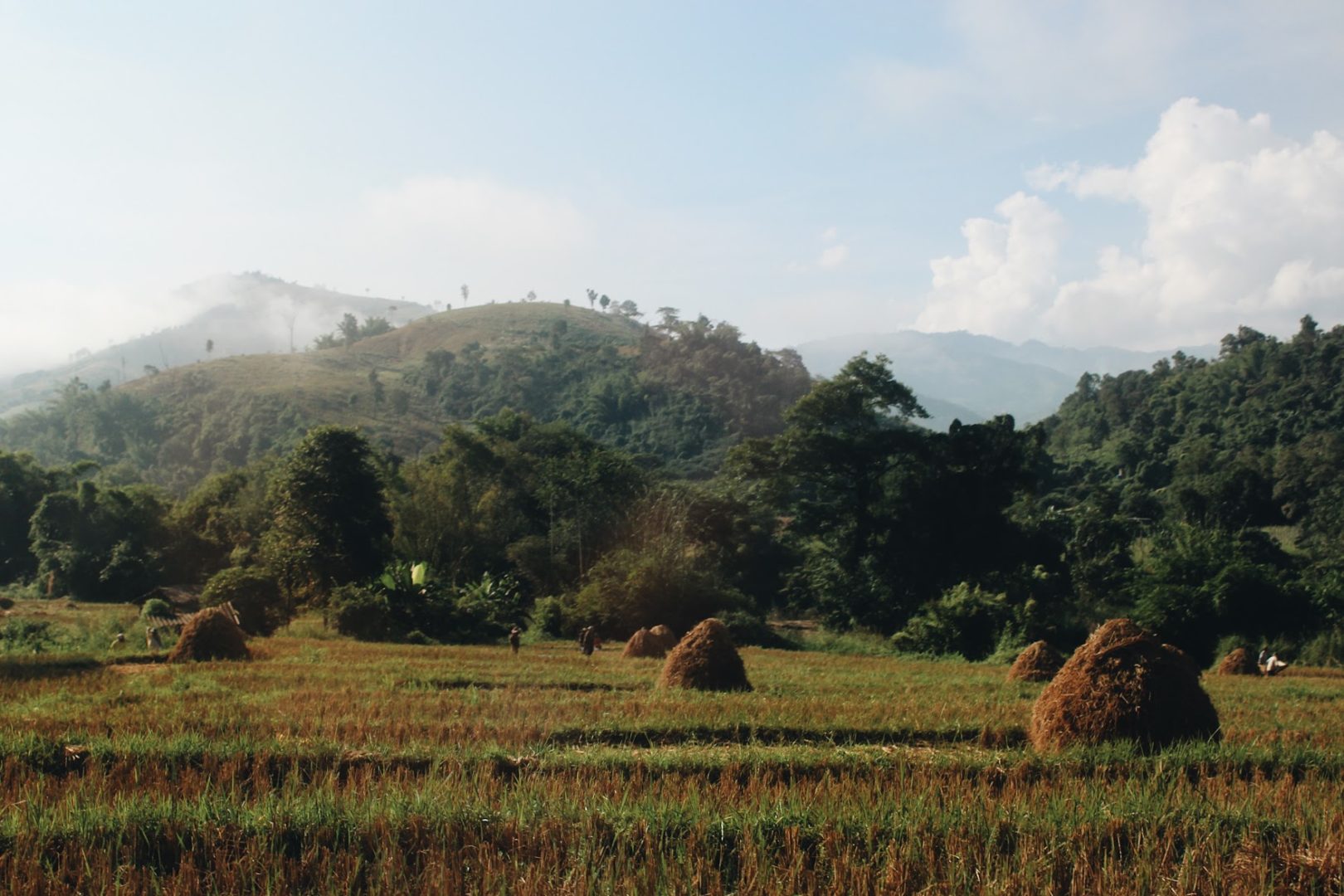 You’ve likely been introduced to carbon dioxide through early science class explanations of carbon dioxide being in the air that we exhale, in exchange for the oxygen that we inhale. This dynamic is reversed for plants, making them important companions for regulating these cycles.

The carbon dioxide we breathe out only represents a small portion of its emissions and the way it contributes to climate change. Carbon dioxide enters the atmosphere through the burning of oil, coal, or natural gas; through the breakdown of solid waste, plants, and other biological materials; and from various chemical reactions in manufacturing.

Carbon dioxide can be removed from the atmosphere by being absorbed through plants and trees on land and ocean.

Methane is the next most significant greenhouse gas. It has a much stronger warming potential than carbon dioxide (about 25x over a century), but doesn’t linger as long in the atmosphere. (Carbon dioxide can linger for up to centuries, while methane usually breaks down into CO2 within a decade.)

Methane is a common emission in a lot of industrial agriculture activities, and around 70% of current methane emissions are driven by human activities. Rice cultivation, combusting biomasses, and the decomposition of products in landfills emit a large amount of methane. One of the more significant sources of methane comes from the natural digestive system of livestock, in particular cattle. The demand for meat and dairy can be directly tied to this when livestock is mismanaged. (Silvopasture and managed grazing can greatly reduce the impact of livestock.) This is where the demand for meat and dairy is most directly tied to climate.

Water vapor is also fairly prominent in the earth’s atmosphere and functions as a greenhouse gas effect. Unlike methane and carbon dioxide, water vapor is not as directly increased by human behaviors, though increased methane levels can be oxidized into additional water vapors. Increasing air temperatures turn more of the water found on the surface of the earth’s land and oceans into vapor, thus increasing the amount of vapors that are in the air. This contributes to the intensification of tropical storms.

Nitrous oxide is naturally occurring as part of the nitrogen cycle, however it also accounts for 6.5% of the greenhouse gas emissions from human activities. This is smaller than emissions of carbon dioxide and methane, however, nitrous oxide lasts for about 114 years and is 298 times more efficient than carbon dioxide at trapping radiation and therefore warming the atmosphere.

Surface ozone stems from air pollution. It can be more directly harmful to humans and other species, not only through the greenhouse effect, but also through the toxins they are aligned with. They also impact the balance of the planet’s radiation, which can increase the damage done to the earth by things like the sun’s rays.

Ozone is technically a greenhouse gas, but it behaves very differently from carbon dioxide, methane and nitrous oxide. Atmospheric ozone acts like sunscreen on the earth, protecting it from too much radiation from the sun, specifically UVB light. UVB radiation is harmful for human health, plant development, marine ecosystems, and other important life on earth.

Surface ozone is created when pollutants from cars, industrial facilities, etc. chemically reacts with sunlight. High surface ozone levels in the air can lead to a variety of respiratory issues in humans. It can also affect plant growth.

These are examples of synthetic gases. These are emitted from largely industrial sources and do significant damage to the earth’s atmosphere, in particular the ozone layer. While these gases tend to be emitted in smaller amounts than the ones mentioned earlier, they are extremely potent.

Chlorofluorocarbons (CFCs) were once commonly used in refrigerators and air conditioning. Since the late 1987, their use has been in steep decline, as they were outlawed by that year’s Montreal Protocol. Many have hailed the 2018 reports of healing in the ozone layer as an outcome of that decision.

Hydrofluorocarbons became the most commonly used replacement. It does not deplete atmospheric ozone, but they still have a global warming potential of up to 14,800 9,000 times that of carbon dioxide. A 2016 international agreement to reduce the use of hydrofluorocarbons will likely have a very positive impact, as Project Drawdown declared improved refrigerant management as potentially the top solution to climate change.

So, how much of these gases are out there? 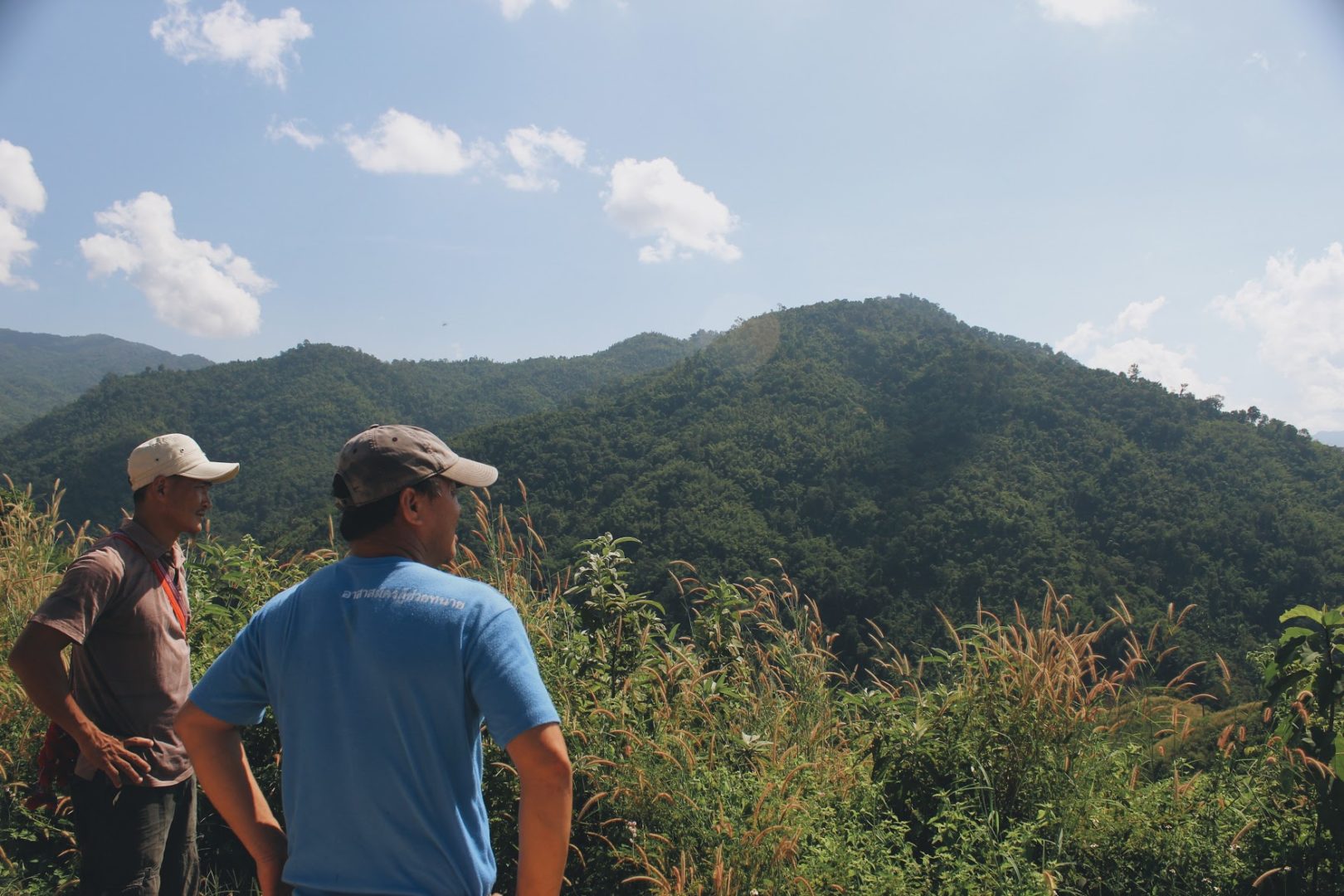 This is likely carbon and carbon sequestration continue to drive the conversation around climate solutions. 65% of these emissions come from fossil fuel industries like coal, oil, or large-scale manufacturing. An additional 11% of CO2 emissions come from land use and forestry, with deforestation being a significant contributor.

The farming of livestock, the production of coal and natural gas, and the breakdown of biomass in landfills accounts for most of this.

Nitrous Oxide accounts for approximately 3 giga tons of greenhouse gases. This is prominently produced by our treatment of wastewater, especially the waste water stemming from agricultural and industrial activities.

This number has been decreasing and will likely continue to decrease, which is good news given the strong potency of CFCs and HFCs.

There are three main factors that will determine how much of an impact each of these greenhouse gases will have on climate change:

The amount of a particular greenhouse gas in the atmosphere will tell us how much it will play a role in trapping heat on the earth’s surface.

This is one way in which some gases are more harmful than others. Some (carbon dioxide) last much longer than others (methane). Each of the gases described earlier last long enough for them to become mixed, which means they are distributed and blended across the earth’s atmosphere evenly and affect any point on the planet about as much as it affects its original source.

Greenhouse gases vary in terms of how much warming they create. Synthetic gases, for example, have a much more significant warming potential than carbon dioxide.

So what’s worse, a strong gas or a long-lasting gas? It can depend. Methane, for example, has 100x the strength of carbon dioxide to trap heat. However, it will only be in the atmosphere for 10 years, while carbon dioxide may linger for over 700 years. Over 20 years, methane is 72 times more powerful than carbon dioxide, but after a century, that disparity drops to 25%.

*information in the table above is from the EPA.

What can rebalance the atmosphere?

The purpose of this guide is to outline a basic understanding of greenhouse gases, so that conversations about climate solutions can be easier to understand and discuss. While there are plenty of other resources that look at solutions in much more detail, they essentially fall into activities that offset carbon through natural carbon sinks, or reducing the amount of emissions put out by different activities or industries through carbon sequestration.

Carbon sinks are elements of nature that absorb and ingest carbon, thus pulling carbon dioxide from the atmosphere:

Plants – Through photosynthesis, plants are nourished by carbon and pull it out of the atmosphere. This applies to plants on both land and sea.

Soil – Soil is an often overlooked carbon sink but a really powerful one. Healthy soil contains complex systems of microorganisms and can retain large amounts of carbon for long stretches of time.

Trees – As plants, trees are powerful carbon sinks that offer a natural form of carbon sequestration. In addition to photosynthesis in their leaves, the deep root systems also pull carbon into deeper layers of soil, where it can be stored long-term and contribute to underground biological activities. 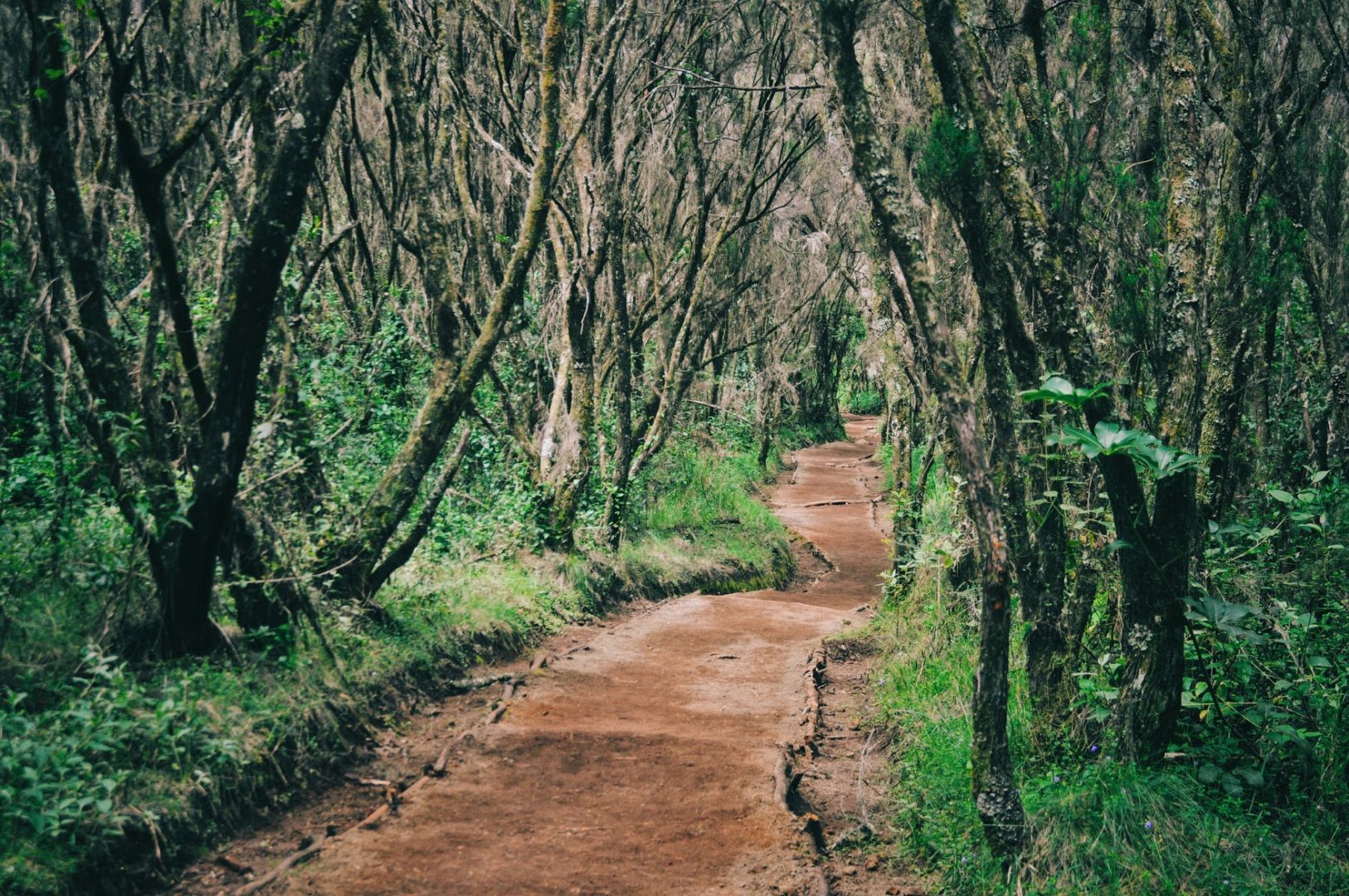 There are a wide number of industries and activities that contribute toward greenhouse gases. Many of them can be broken down into the following categories:

Agriculture – By being mindful of the food we select as consumers, its sources, and the impact it’s had on the planet, we can influence our food systems—from farmers to vendors to policymakers—to be more conscientious about how production affects the planet. Carbon sequestration is the process through which agricultural and forestry practices remove carbon dioxide (CO2) from the atmosphere.

Energy – Understanding the environmental implications of different energy sources and systems can help us make more sustainable decisions. Our choices as consumers and as citizens can also incentivize decision-makers to invest in technology that is less burdensome on the planet.

Waste – Many of the carbon emissions that can be found in the earth’s atmosphere are emitted by waste, whether that’s the wastewater that contributes toward nitrous oxide, or the easily avoidable carbon dioxide and methane emissions that come from food waste. More efficient and sustainable systems to help process waste can strongly benefit the environment.

Want one quick and simple way to start sequestering some carbon? Plant a tree for just $1 on our website!

[Data in this guide comes from the IPCC, to see their full reports on greenhouse gases as well as other climate statistics, visit: https://www.ipcc.ch/reports/]