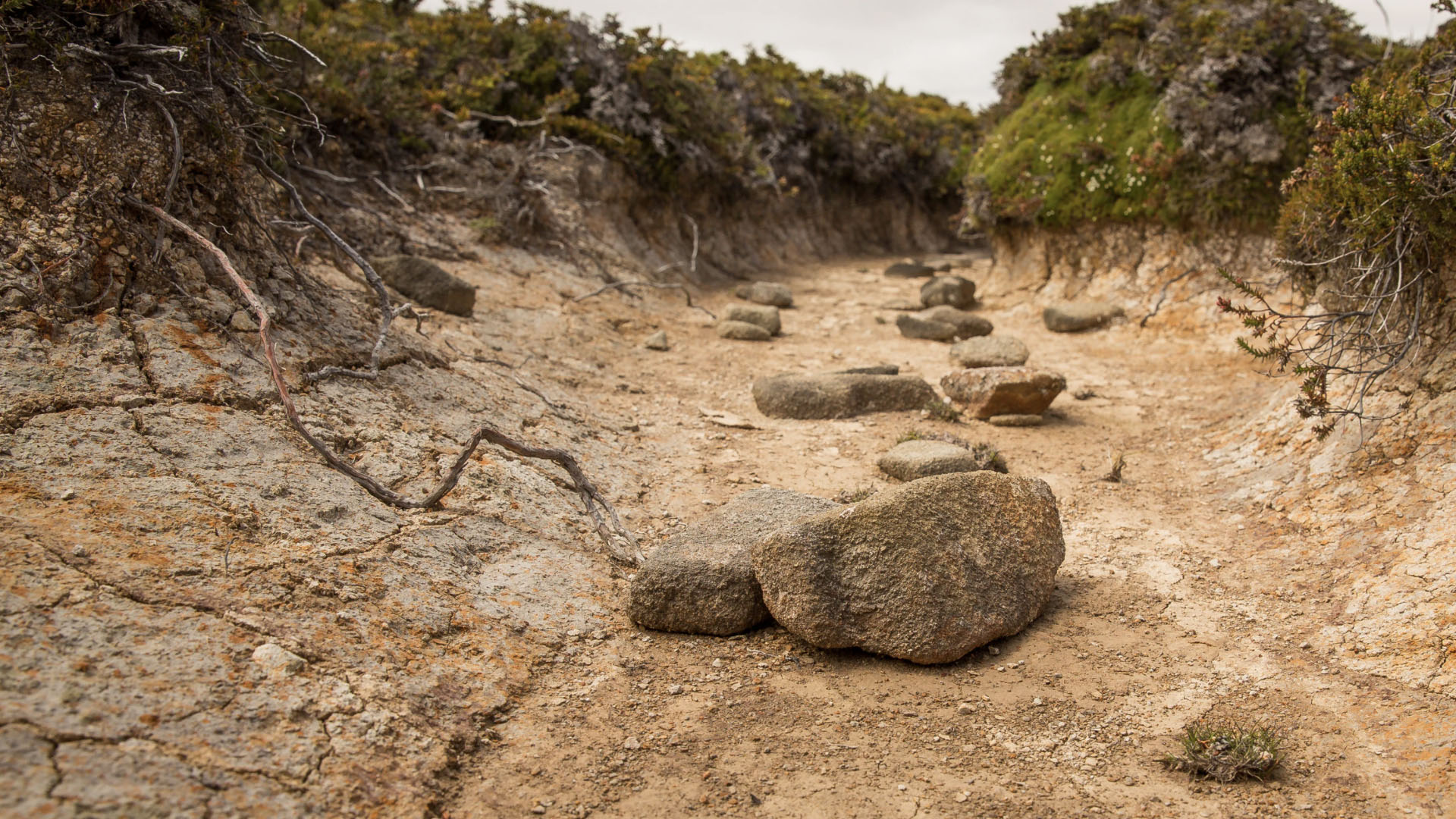 Drought can feel like the default setting for those of us living in the western United States. 2021 has only intensified this reality, charting some of the highest temperatures in the American West and pushing us into the second most severe drought in the last 1200 years.

As a result, states like Arizona and California have overdrawn from water sources, leading to California reservoirs operating under 50% and the lowest water levels Lake Mead has seen since the 1930’s. Lake Mead was designed around climate conditions and levels of demand at  the time it was built in the early 1900s and overestimated the amount of water the Colorado River was actually able to supply. Even if their estimations had been accurate, it would have been difficult to predict how it would have to meet the demands of the $40 billion agricultural industry it is now expected to supply. With rising temperatures due to the climate crisis, we are no longer working with the same volume of water. A study published in March 2020 estimated that with every degree Celsius the climate warms, the Colorado River’s output decreases by 9.3%.

In the United States, agriculture consumes around 80% of the nation’s ground and surface water supply, with that demand increasing to 90% in most western states. California alone produces one-third of the nation’s vegetables and two-thirds of its fruits and nuts, despite having only 4% of the country’s agricultural land. New policy and agricultural techniques are increasingly urgent to address the new, dry normal. This is a matter of climate, livelihoods, potable water, protecting communities in poverty or on tribal land, and wildlife habitats. Our management of water and the effect of drought trickles into every facet of responsibility.

Because of the severity of the problem, many local and regional governments have sprung into action to conserve water resources. Implemented in 2014, the Sustainable Groundwater Management Act was passed in California to help balance groundwater basins. It gave 515 different basins the autonomy to create a plan for “sustainable” regulation of their water resource by 2020, and 20 years to prove its efficiency in delivering on the plan. While the act left around 40% of wells unregulated, it signaled motion toward regulating our ever-shortening water supply. UN-Water’s theme for World Water Day 2022 will be “Groundwater: Making the Invisible Visible,” accompanied by the Global Groundwater Statement to regulate and protect aquifers under stress. Arizona farmers in 2022 will likely experience a cut in water allotments. By 2026, there will be a renegotiation of water allocation from the Colorado River. With higher temperatures, longer dry seasons, and greater demand for irrigation, the way we have collected and distributed water is simply unsuitable for a heating climate. 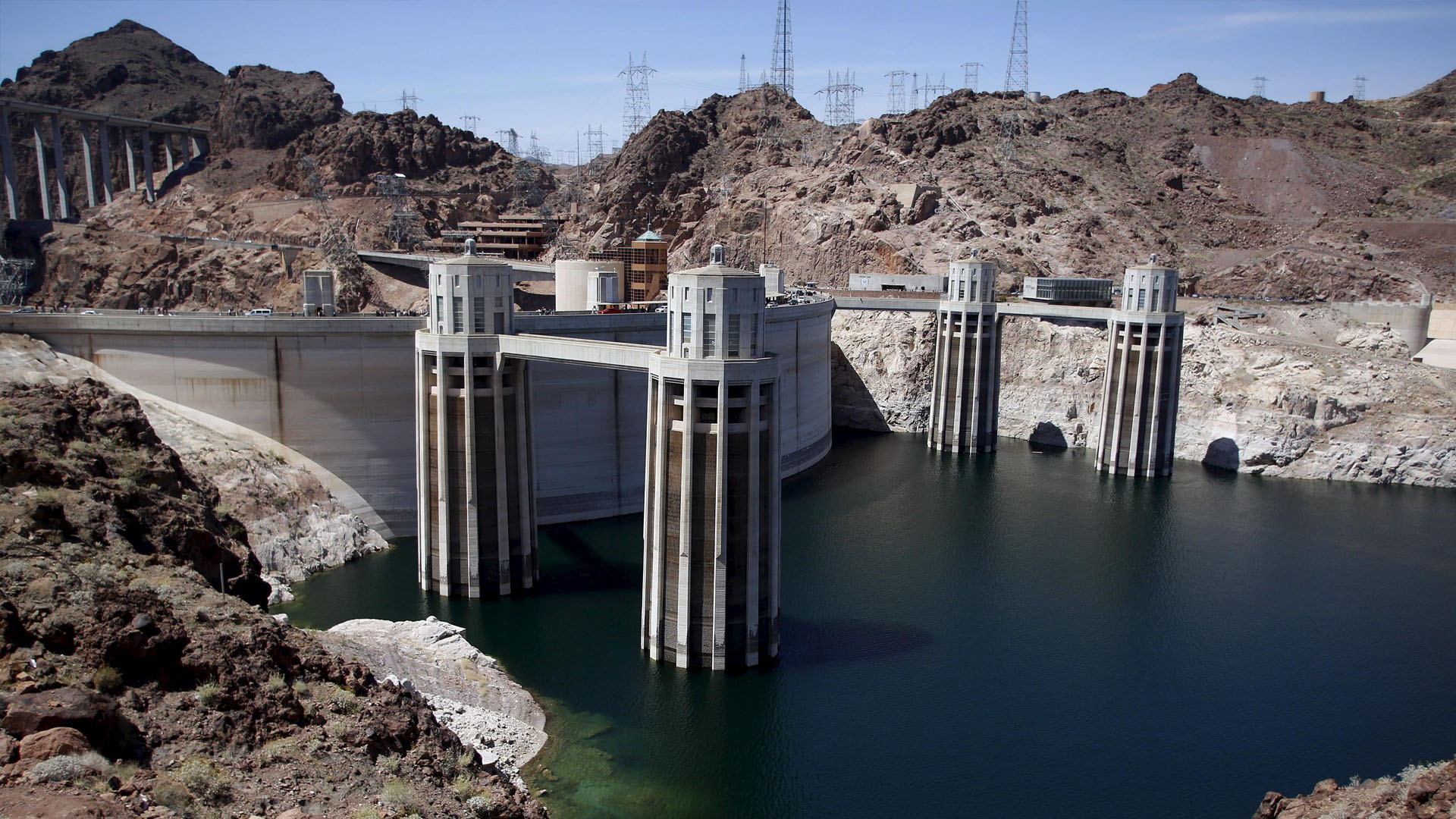 Over one-sixth of the world’s population relies on snow melt as a primary source of potable water. As the snow melts, the soil it travels over will absorb proportionate to its holding capacity. If soil is parched, it will take in more of the water, meaning the snowmelt does not make its way into reservoirs for human and agriculture use. Additionally, the planet’s increased temperatures mean not only that the snow will melt and evaporate at a faster rate, but also that precipitation is less likely to fall as snow. A reduction in snowfall is positively correlated with a decrease in streamflow—disrupting sensitive ecosystems, natural regulation of water availability, and the overall mass of water for communities that rely on snowmelt. The Sierra Nevada snowpack in April 2021 reported 5% below average, a significant decrease for a third of California’s water supply. Likewise, from 1912 to 2007, around 85% of the ice on Mt. Kilimanjaro in Tanzania disappeared through melting and sublimation. At the summit, Furtwängler Glacier lost three meters of surface ice from its nine-meter depth between 2000 and 2006. Climatology lecturer Nicholas Pepin led a team detailing humidity and temperature over four years at ten different elevation points along the mountain, suggesting regional deforestation in recent decades as a lead contributor to the disappearance of ice. Many of our partner communities are located in the foothills of this mountain and rely on melting snow for drinking water and irrigation. The work they do to restore their watershed helps increase precipitation and restore water tables.

What does drought look like for Plant With Purpose’s partners?

Currently in Sub-Saharan African countries like Ethiopia and Burundi, less than 5% of cropped land is irrigated. Most of the crops in these regions are primarily rain-fed. This means intervention activities are focused on increasing soil moisture retention and preventing runoff so that crops can absorb as much of the available water as possible. Mexico has also experienced ongoing drought with 68% of reservoirs operating below 25% capacity and 20% less rainfall between October 2020 and April 2021. Among many resulting disadvantages, this means many families have lost access to running water.

Unfortunately, rurally poor areas feel the effects of drought in far more ways than having to take a shorter shower. Drought results in crop failure, famine, lack of drinking water, and even conflict around resource management. For women and girls, drought increases school drop-out rates and gender-based violence and decreases the availability of essential hygiene supplies. The climate crisis disproportionately affects communities in need, showing the ugliest face of drought, flooding, and erratic weather patterns that disrupt enterprise, infrastructure, and security.

How does planting trees prepare our programs for seasons of drought?

Agroforestry helps protect farms facing drought in several critical ways. First, the interconnected root systems trees provide with cycles of life and decay make soil more porous and therefore more capable of absorbing water when rain does fall. Falling leaves and other plant matter that decay naturally under tree cover contribute to the overall porosity of soil. Porosity and water absorption not only benefit the soil directly, but also allow for horizontal flow that can feed rivers and streams during dry seasons. In addition, trees provide shade, which can decrease the rate of evaporation of water from the soil, and trees have the potential to mitigate erratic rainfall and the effects of human-induced climate warming long term.

There is a balance to strike when it comes to afforestation in areas with limited rainfall, however. On the one hand, we want water to percolate into the soil so that a farmer’s crops benefit from the rainfall. On the other, we know that some trees can also increase evapotranspiration, soaking up water from the soil and releasing it again to the atmosphere, stopping precipitation from replenishing groundwater reservoirs and feeding ground crops. This highlights the importance of planting the right trees in the right places. When we determine appropriate forestry interventions for our locations, we aim to choose species that are well adapted to the area’s climate in order to ensure that our efforts match what the area needs and can sustain. For example, we avoid planting eucalyptus near any substantial water source due to its ability to out-compete other species for ground water supply.

After a dry season or drought, when rain eventually does fall, land is prone to flash flooding and soil erosion. The rainfall can come faster than it is able to be absorbed, passing over all the parched land that needs to soak it up. Forests help prevent runoff and decrease flood peaks by 10-15%, meaning that the long-awaited water has a better chance of staying where it’s needed and not becoming a hazard to agriculture and communities.

What other precautions do our programs take to safeguard against drought?

Dry seasons are an expected part of any farmer’s year. However, there are practices that can help protect the farm so that drought isn’t immediately detrimental to a farmer’s livelihood.

First, our partners encourage biodiversity for many reasons—one of these being resiliency in the face of unpredicted natural events. By diversifying crops, farming families increase their chances of making it through a tough year by being able to rely on more than one crop for income.

Intercropping also helps create drought-resistant soil because the presence of decomposing organic matter improves soil’s ability to retain water. We can increase the amount of organic matter and nutrients in a plot by planting fertilizer trees. For example, farms in Tanzania have found greater resilience and crop yield by intercropping maize and a flowering pea plant called tephrosia. After the maize harvest, the tephrosia grows alone during the second rainy season, allowing water to absorb into the soil instead of running off, while its leaves and roots maximize soil moisture and pump nutrients to the crop. The fertilizer tree is then cut and the maize is planted in the rich and restored soil. Even the presence of common fungi can increase plant water uptake. As soils are enriched with microbes through ecological agriculture practices that increase nutrients, the cohabitation of fungi and plants actually creates a crop almost 2 times more resilient to stress than one that lives in soil bleached of all fungi.

Another factor in determining intervention practices is soil condition. A sandy soil will not retain water as well as a clay soil will, so the techniques our partners teach in our Farmer Field Schools maximize moisture absorption and retention in their specific variety of soil. While the clay soil is better at holding water, it can also become compacted without enough organic matter present, meaning that plants might not be able to absorb an optimal amount of water. Farmers can utilize compost methods and mulching to help their soil regulate its water retention.

Farmers can implement technology that helps regulate water on their land. Using techniques such as “gully plugs,” temporary dams that can slow down flowing water and conserve soil moisture, partners keep more water and soil in place by preventing erosion and flash flooding. In places like Mexico, some of our partners utilize above ground water collection techniques, such as cisterns, to account for the likelihood of long, dry seasons.

Our partner communities are also better equipped to face drought because they have savings to rely on. In all farming years, drought or not, there will be dry spells. Having money in the bank gives farmers a greater margin to adapt to a year with less rainfall—an enabling confidence that affords them the ability to provide for themselves and their families. By saving money in a Purpose Group, individuals have access to resources and support that can help them get through an unpredictably tough season. Beyond this, we have witnessed account after account of generosity among community members, who come together to help one another during times of food insecurity, illness, and economic hardship. Relationships built within each watershed community are a source of resilience on every level. 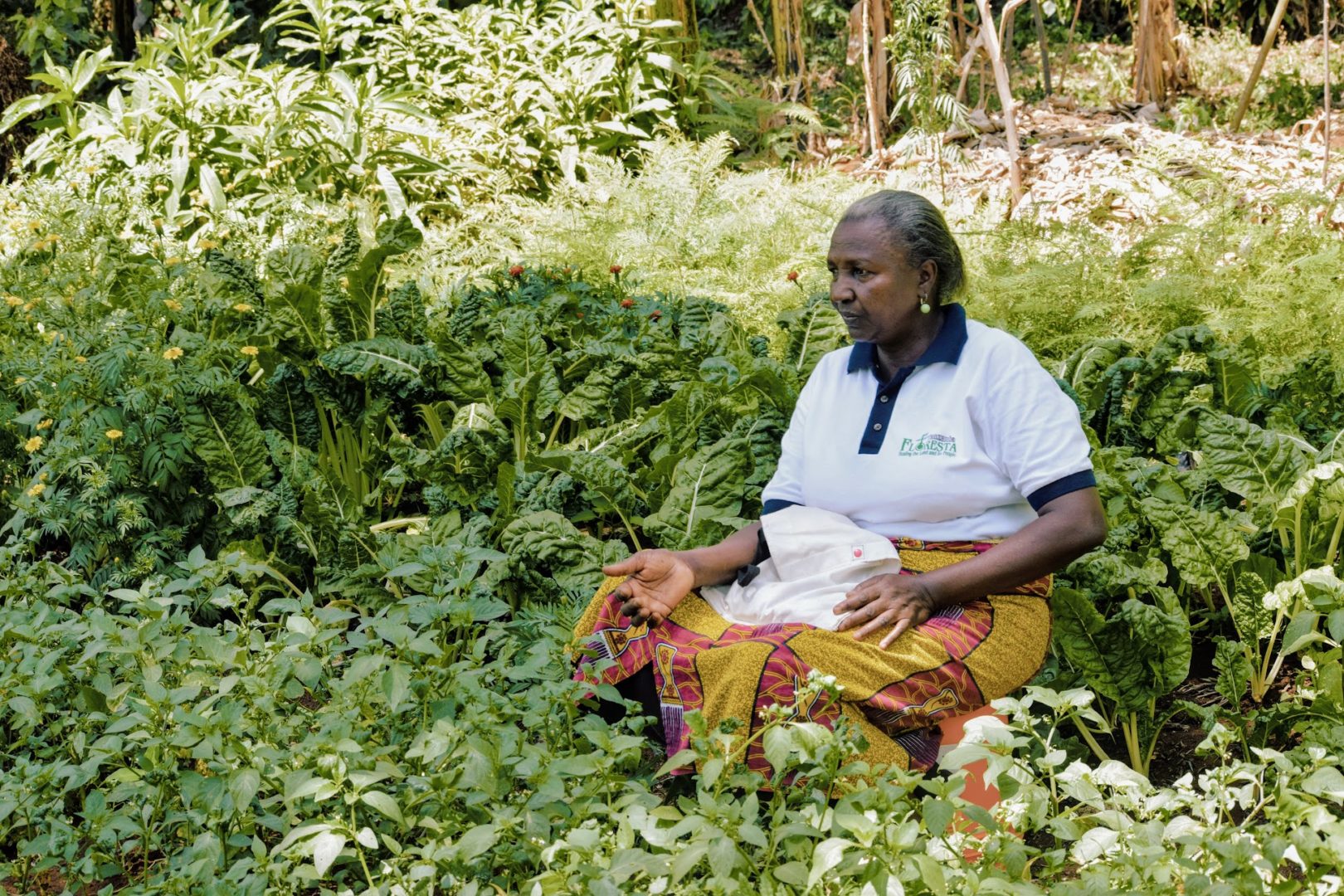 How does all of this help in the long-term?

Drought is caused by many natural and anthropogenic factors including:

Water demand – Water resources can be depleted by the demand from cities, agriculture, and energy,  causing reduced reservoir levels and water scarcity.

Soil Degradation – Excessive tilling, soil leaching, and erosion are among several contributors to soil  degradation, which in turn reduces the soil’s capacity to hold water. This can prompt increased irrigation to compensate for the poor soil and impede the soil’s ability to grow ground cover vegetation and stabilize its temperature.

In the long term, we know that reforestation efforts and soil conservation can contribute to stabilizing a region’s climate, removing carbon from the air and regulating both land temperatures and weather patterns. Over time, this contributes to mitigating erratic rainfall. Regenerative agricultural activities maximize soil moisture and work toward more efficient management of available water sources. Ultimately, drought will always be part of our climate cycle. But by reducing human impact on the climate, we can lessen the worsening of drought conditions that disproportionately hurt communities in poverty.