Biodiversity is a priority for Plant With Purpose

Biodiversity is a very important part of Plant With Purpose’s work. But what is biodiversity and why is it important? Milmer Martinez Vergara, our regional partnership manager to Latin America & the Caribbean, describes it well:

“If you think of an ecosystem as a wall, and you think about each brick as an expression of biodiversity—there are elements of that ecosystem that can be extricated from that wall. But if you take too many it might not be able to sustain the wall at the end,” says Milmer. Biodiversity is important because it keeps ecosystems in a state of homeostasis or stability of adaptation. The collapse of the wall can disrupt and destroy an entire ecosystem.

The importance of biodiversity is heightened in rural locations. Rural farmers depend completely on biodiversity to survive. The more biodiverse the land is, the more they can yield from it. Milmer explains, “From an economic perspective, you’re basically diversifying the portfolio of the farmer. Why? Because the days you don’t have a good production of avocado, you may have a good production of bananas, cacao, or potatoes.” This provides the farmer with resilience to certain systemic changes that may occur. This resilience is a key part of the work that we do in these communities.

In short, biodiversity provides life to the world as we know it. God created a rich environment, and we have the responsibility to protect it. Our awareness that biodiversity exists gives us the imperative to do the most to keep it. Biodiverse ecosystems provide us with food and income. We are called to care for our natural environment not because of its inherent and economic value, but because God made it. He entrusted it to us as protectors and stewards. Plant With Purpose aims to support and maintain biodiversity in the ecosystems in which we work by empowering communities to recognize its value and to uphold it. In doing so, our awe for creation increases as we do our part to “protect and keep it,” as the Biblical command puts it.

Hotspots reflect places that are home to unique species under threat

You might guess by the name that it’s a place on Earth where biodiversity is either abundant or threatened. In fact, both are correct. To be a biodiversity hotspot, a location must meet two criteria:

This framework was conceived by environmental scientist Norman Myers and has been used since the late 1980’s.

There are 36 areas around the world that qualify, and Plant With Purpose works in at least five of these: the Horn of Africa, the Caribbean Islands, the Eastern Afromontane (the area around Eastern African Lakes that incorporates part of Burundi, the Democratic Republic of the Congo, and Tanzania), the Indo-Burma region of Southeast Asia, and Mesoamerica. All eight countries that Plant With Purpose operates in are represented within these biodiversity hotspots. 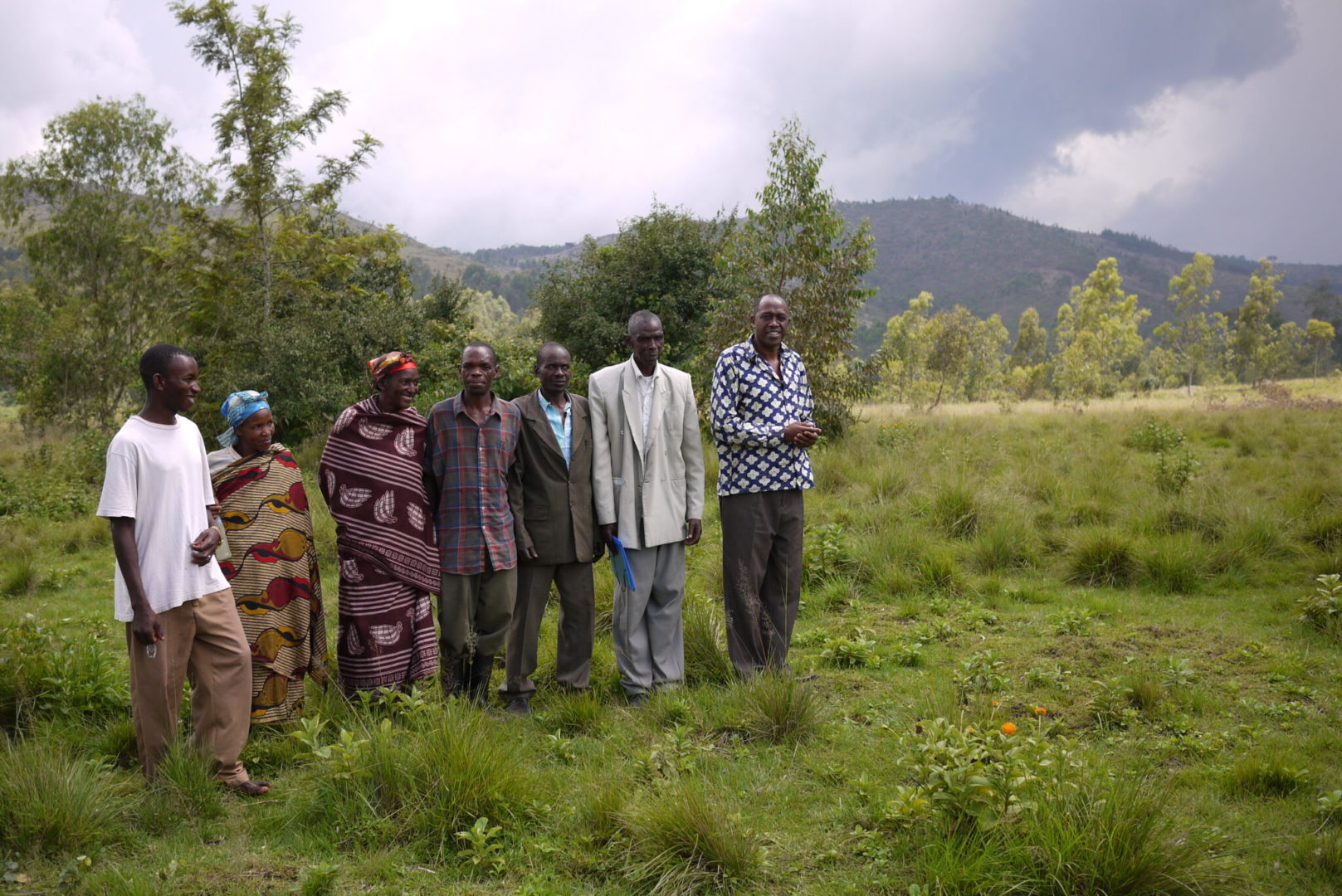 One of the biggest testaments to God’s artistry and goodness is the presence of so many different species on the Earth. For many people who are unable to read or hear Scripture, Creation is the most compelling testament to God’s presence in the universe. Every time a species goes extinct, another evangelist is lost.

That’s why Plant With Purpose applauds the work of those who diligently strive to protect different species. We look for opportunities to collaborate with them in instances where our missions intersect. In the process, we’ve made friends with a number of other organizations, including A Rocha, ECHO, and Environmental Protection in the Caribbean (EPIC).

The latter organization is a partner in protecting a species special to our Haitian partners: the Black-capped Petrel seabird.

It wasn’t very long ago, however, that people believed the Black-capped Petrel was extinct. In the 1960s, researchers discovered surviving birds in the Caribbean, to the delight of many bird enthusiasts and scientists. Unfortunately, the public did not prioritize conservation, and in the 2000s, it was estimated that only 1,000 or 2,000 of the birds remained.

The seabird lives off of seafood, spending most of the day soaring over the ocean in search of fish to feast on. At night, however, it returns to the trees.

Ever since Plant With Purpose began working in Haiti, we have actively promoted the importance of trees. Trees help bring nutrients back into the long-depleted soil, help protect water sources, and provide shade for crops below. They also help protect species that are in danger by preserving their habitat.

“We really need to deal with some of the things that are making people go into these areas to log trees,” explains EPIC’s founder, Adam Brown. “We realized that we’re not going to come in and change things quickly, so forging partnerships with humanitarian groups, who already have relationships in these villages, is a great way to go.”

Biodiversity is a significant concern for Indigenous communities

Indigenous people represent about 5% of the Earth’s population but manage around 20% of all land area, including over one billion acres of forests. These spaces contain over 80% of the Earth’s biodiversity.

Indigenous people often have a deeper understanding and appreciation of the land, tied to a worldview that emphasizes connection to the land. “When Indigenous nations become sovereign partners in environmental management, the power structures and worldviews that underlie decision-making can be productively challenged … creating new solutions to pressing environmental issues,” states a study from Flinders University.

Indigenous-led churches around Mexico, Southeast Asia, and other regions have led the charge toward repairing the watersheds where Plant With Purpose works. They have also leveraged their ecological resources and increased financial opportunity to care for community members who are facing an emergency. Our partnership with over 700 churches has resulted in healthier families, larger forests, and greater resilience across the board. 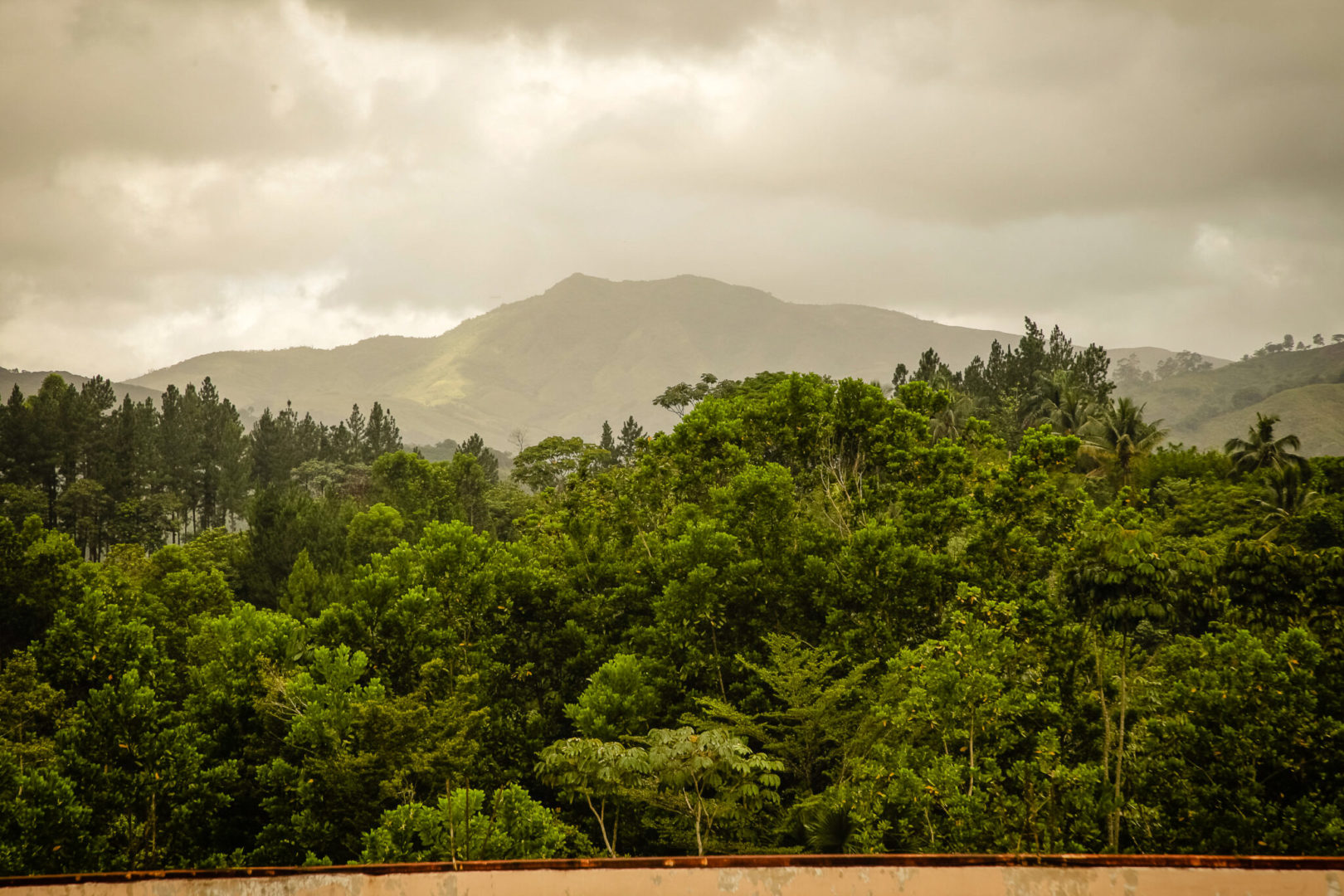 It reflects God’s vision for the Earth

When you take a more expansive look at the world, you notice how God designed things to thrive on diversity. Any biodiversity hotspot serves as an example that life is so much healthier when it comes in many different forms.

Diversity is a good thing. This is true for species that inhabit an ecosystem, people that make up a society, individuals that make up a team, crops that grow on a farm, or sources of income for a family. It’s when we incentivize farmers to grow a single crop, encourage people to see through a single perspective, or reduce the number of species in a habitat that things start to go truly wrong.

Revelation 7:9 shows how wide ranging diversity is a part of God’s great vision. “After this I looked, and behold, a great multitude that no one could number, from every nation, from all tribes and peoples and languages, standing before the throne and before the Lamb clothed in white robes, with palm branches in their hands…”

At a time where systems marginalize many cultures or people groups, this is our reminder that God calls us in the opposite direction. Environmental restoration efforts are much more effective when culture is considered as an important factor in creating change.

God’s heart for diversity also extends to biodiversity. At a time when one million species are at risk of extinction, we must remind ourselves that each of those species was deliberately designed by God. We have a responsibility to protect the gift of biodiversity he has given our world.

Many of Plant With Purpose’s partnering communities exist within these biodiversity hotspots. In order to be effective, efforts to protect these spaces must include the concerns and activities of humans in the area. To support the education and further empowerment of rural communities in these hotspots, consider becoming a Purpose Partner.