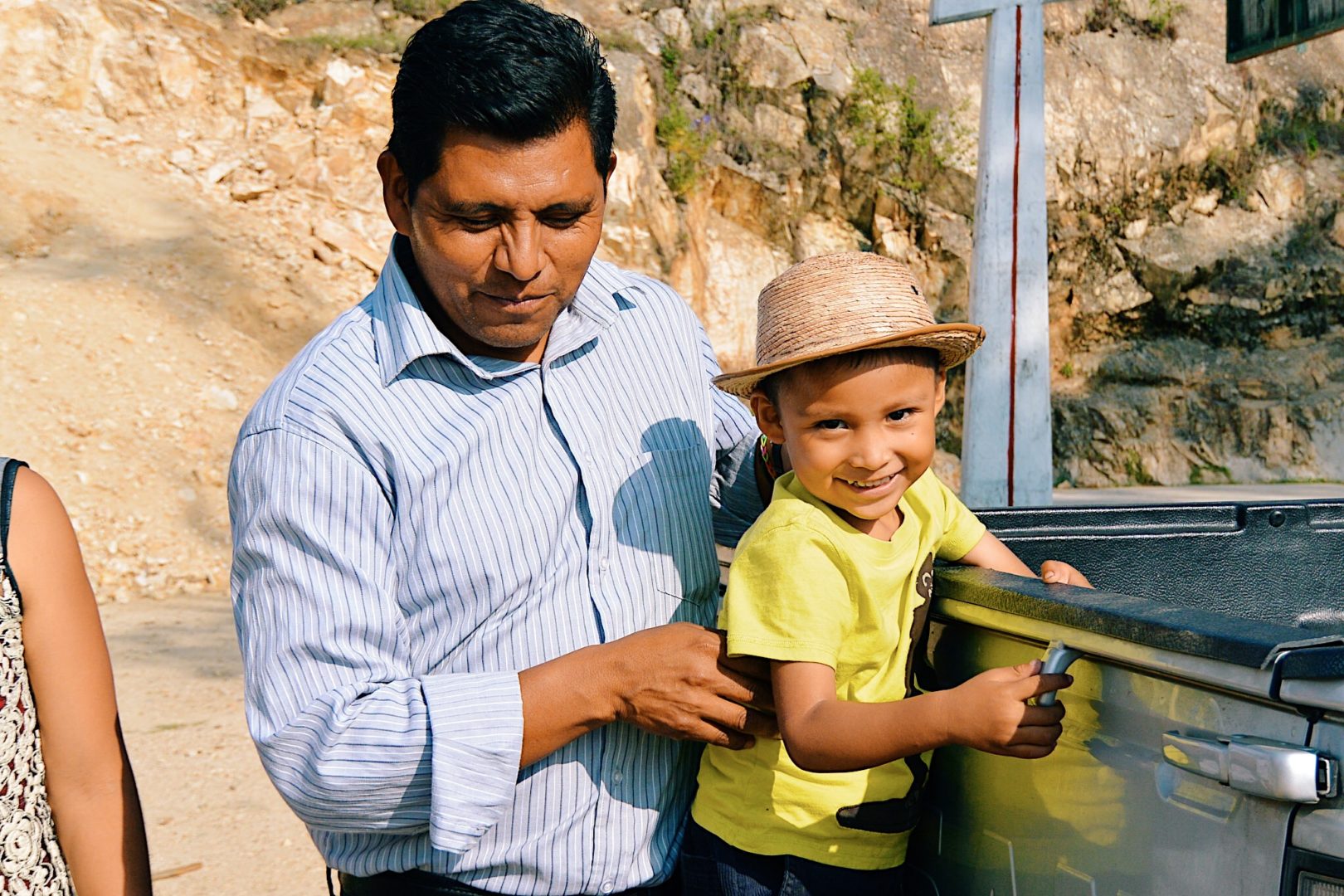 This Father’s Day, we’re taking the time to remember the importance of dads.

These studies are consistent whether conducted internationally or domestically. All around the world, fathers make a difference.

In spite of this, work and the challenges of making a living remains one of the biggest deterrents keeping fathers from being fully present at home. A 2017 report on the State of the World’s Fathers conducted by MenCare found that the majority of fathers around the world said that they spent too little time with their children due to their job.

This response was similarly common across income levels and nationalities, but for dads in rural poverty, having to chose financial provision over family time has an even more extreme implication.

What does the environment have to do with being a dad?

For the world’s poor, plenty.

The majority of people living in poverty around the world rely on farming and agriculture. 85 percent, actually. When the environment suffers, farms produce insufficient crop yields. This threatens both survival and income. In places that are severely affected by drought or disaster, the shortage can be significant enough to introduce the idea of migration.

For fathers who see themselves running out of options in order to provide for their families, migration starts to look like an opportunity to solve the problem of not being able to provide enough food for children. Many fathers are aware of the dangers that migration presents, but the urgency of feeding one’s family is enough to lead many to consider it anyway.

The dangers attached to migration are plenty. Many seek work opportunities in urban settings, but lack an education to find opportunities beyond exploitative labor. In areas with rampant crime, many quickly turn to criminal activity.

Being able to farm without having to leave home allows fathers to be with their kids.

In Mexico, droughts and other threats to food security led many farmers north to find opportunities.

Plant With Purpose has launched Farmer Field Schools in dozens of communities to eliminate this need for migration. It’s working.

A big part of the mission is to promote tree planting and agroecology. They are key solutions to environmental issues. The presence of trees planted strategically in farms creates healthier soil, increases water retention, and ultimately produces greater crop yields.

As crop yields increase, anywhere from 40-80% in recent years, farm workers no longer need to look elsewhere for productivity.

Javier, an avocado farmer notes that he planted avocados to sell to the community. At first, the native trees were small, but he gained the knowledge of tree grafting. Larger fruits began to grow. In previous years, he had to migrate to the United States for work. Now that he is investing in the land, he intends to no longer need to leave.

A healed environment has the spiritual and psychological effect of families remaining together.

Plant With Purpose stands with dads around the world and is actively transforming rural communities into ones that do not need to be left for different opportunities. Want to support more parents in rural poverty overcoming their environmental challenges? Become a Purpose Partner!