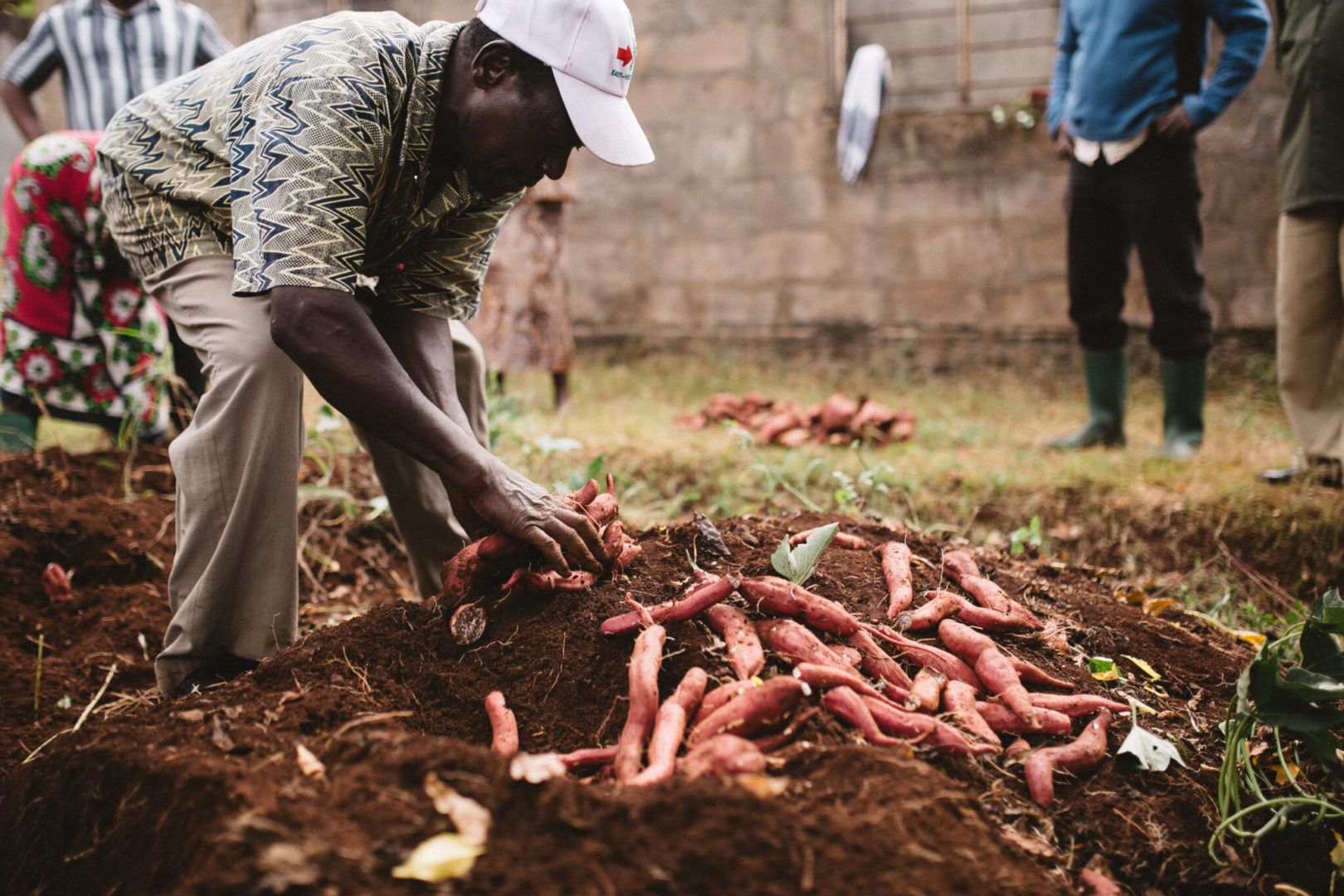 Plant With Purpose’s model of international development evolved from a series of discoveries.

First: We discovered that if we wanted to help people improve their lives, we needed to improve their environment, because both were so deeply connected. Second: We saw that helping people out of poverty went a long way in enabling them to restore the environment. This led to the adoption of our savings group model.

Along the way, our observations confirmed one of our earliest beliefs, which was that these things were also profoundly spiritual. Understanding issues like degradation and poverty through a spiritual lens was key in restoring lives and land.

These discoveries were more than a laundry list of observations and insights. They pointed towards the root causes that determined what we do and why we do it. We found that spiritual, economic, and environmental problems produced a number of problems in other aspects of life.

We’ve found that by dealing with these root issues, we were capable of facilitating a lot of change.

Human exploitation is a big example.

Lucy McCray first learned about human trafficking when she was in high school. The idea of somebody taking advantage of another person for their own gain was so alarming that she had to do something about it. Years later, she found herself living in Thailand, in a trafficking hotspot. There she works with the organization, The Freedom Story.

Her work revolves around preventing trafficking before it even happens. Her team does so by working with rural communities to provide education, opportunities, and other factors that make one more resilient against these threats.

She found that the levels of desperation for different ways to improve ones life were the driving force behind much of the exploitation she had witnessed.

“What it really is is that poverty is the root cause, and the environment plays a big role in that,” she told us. The poorest communities in Northern Thailand mostly rely on farming. Not producing enough means turning to more desperate means to feed one’s family.

She notes that this vulnerability is especially strong in rural places. The lack of resources produce more vulnerability towards harmful changes in the environment.

When you address root causes, you see surprising benefits.

Plant With Purpose’s model doesn’t revolve much around academic education. However, we’ve seen that girls are nearly 40% more likely to attend school when their parents participate in their program.  We’ve also seen this come full circle as the education of girls is one of the most effective ways to help restore the environment.

This is just one example of how addressing root causes connects to many other areas of justice and development. We’ve seen our environmental work increase people’s health outlook, nutrition, and access to water. We’ve even seen it play an effective role in peace building in post conflict zones.

What we’ve seen by addressing root causes has led us to value that approach so highly. It is one of our core beliefs and the topic of our first podcast episode.

On the debut of the Grassroots podcast, The Roots of Everything, we look at how the environment and poverty are underlying causes of a whole host of issues.

In the episode, we hear more from Lucy McCray about her work and experiences in Thailand. We also talk to a Mozambican biologist and a new economies practitioner in Appalachia. We seek to learn how root causes play a role in Southern Africa and in the rural United States.

The Grassroots Podcast is available on most platforms where podcasts can be streamed, including Apple Podcasts and Spotify. It can also be listened to by streaming from the player below.

Memorable quotes from Season One of Grassroots

One Planet, Many Neighbors

Here’s how to listen to and support the Grassroots Podcast