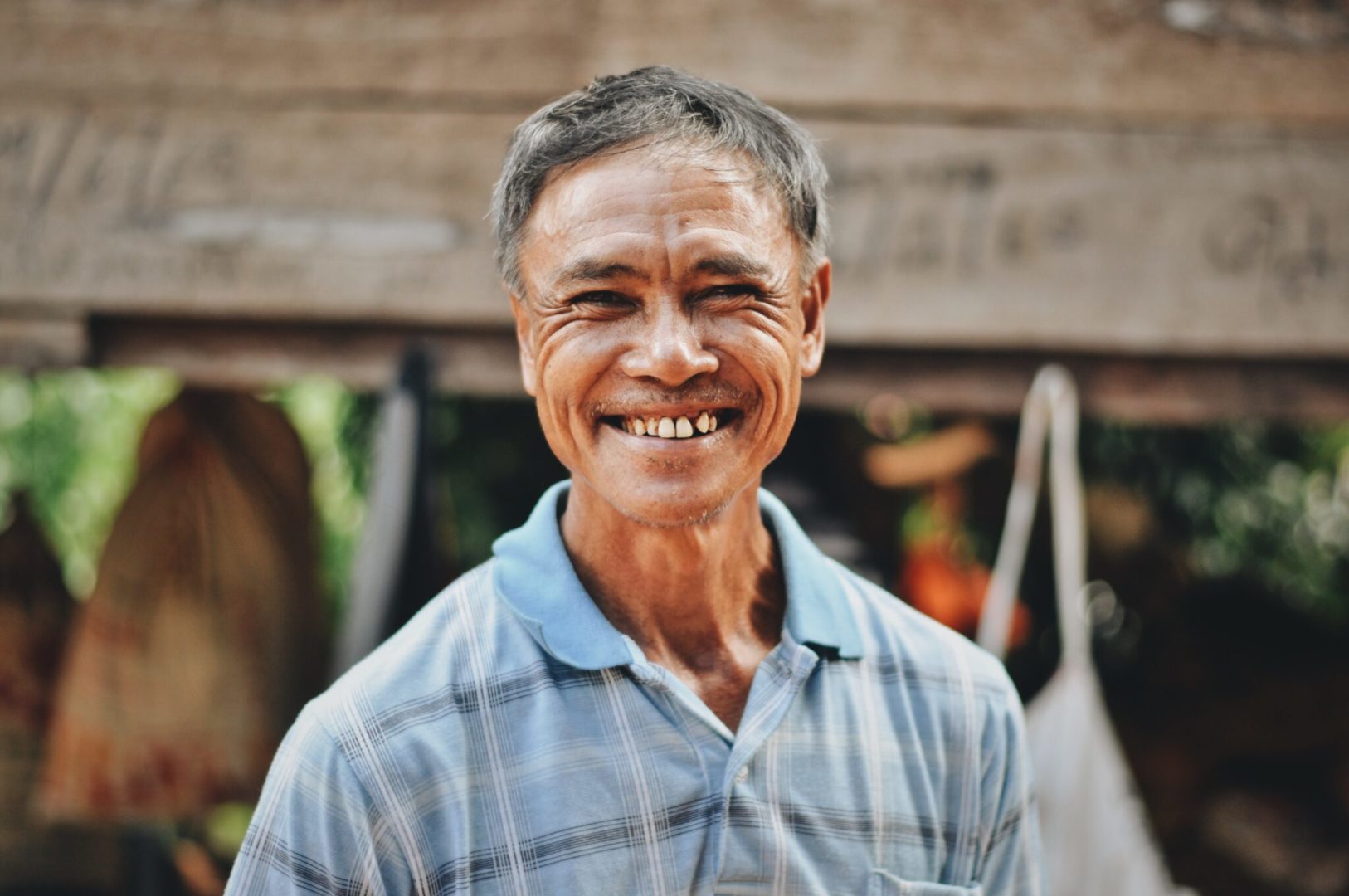 In his village of Huay Lu Luang, Bok Chee stands out for his easygoing nature and warm smile. It isn’t uncommon to find him joking with his neighbors or playing with his granddaughter in between taking care of the family farm.

For most people in Bok Chee’s village, life has been very difficult. Most of his neighbors are refugees or the children of refugees who moved into Thailand to escape fighting. His smile is a light for many who have had to endure dark times.

It would be hard to guess by his sense of contentment, but Bok Chee himself has endured a rather difficult life.

“When we moved here, it was difficult because I didn’t have an education,” he tells us. However, his challenges went far beyond that.

Bok Chee grew up having to deal with the challenges of having parents involved with the conflict in Myanmar. There was a lack of safety that constantly threatened his family. Eventually, things got bad enough where they had to leave everything behind to flee to Thailand. But when they arrived, they had very few resources, opportunities, or education.

Things were safer, but not necessarily easier

To live in Thailand without citizenship is difficult. Citizenship provides access to jobs, government services, and security overall. For farmers, like most of the community members of Huay Lu Luang, it meant they couldn’t get land use rights.

Farming without land rights means working and living in a constant state of uncertainty. If the government decided they had different plans for the forest spaces, they could force the farmers to leave. Their best bet would be to demonstrate to the government their ability to make the most out of the land.

This is one major reason Plant With Purpose works in Thailand. By helping communities improve their land management skills, we end up helping them secure their livelihood and their place in society.

Bok Chee eagerly learned from his peers and from the environmental technicians. At the end of each new technique he learned, he saw a way to have a much better future.

Bok Chee’s contentment comes from a brighter outlook towards the future.

“When we started our life here, compared to Myanmar it was so much easier. We didn’t have to move around for security. With the fighting, we had to move around. But we now feel safe here,” he says.

“I’ve been involved with Plant With Purpose since they’ve moved into the village to help with community forest management, but on a personal level, I just now started my own agroforestry plot.”

Agroforestry is a system of planting trees that intersperses them among smaller food crops that grow on the same spot of land. The shade, roots, and soul nutrients that the tree helps secure are extremely beneficial for the smaller crops. These systems help address the immediate concern of having food, and the long term concern of a hospitable ecosystem.

“I made a decision to start agroforestry years ago because I thought it would help us help people. First, it would allow us to have a better life. Second, the techniques that it involved were so attractive, we wanted to learn. My third reason for wanting to join was to share with others.”

Bok Chee now believes that the progress he and his parents made can reach even further in the next generation. “My granddaughter is Susanna, and we want to see her educated. Her parents and her grandparents aren’t, but in the future, she could have the opportunity to work in different places.”

The wisdom of Jah Cho

Statelessness, Status, and Solutions: A unique challenge in Thailand