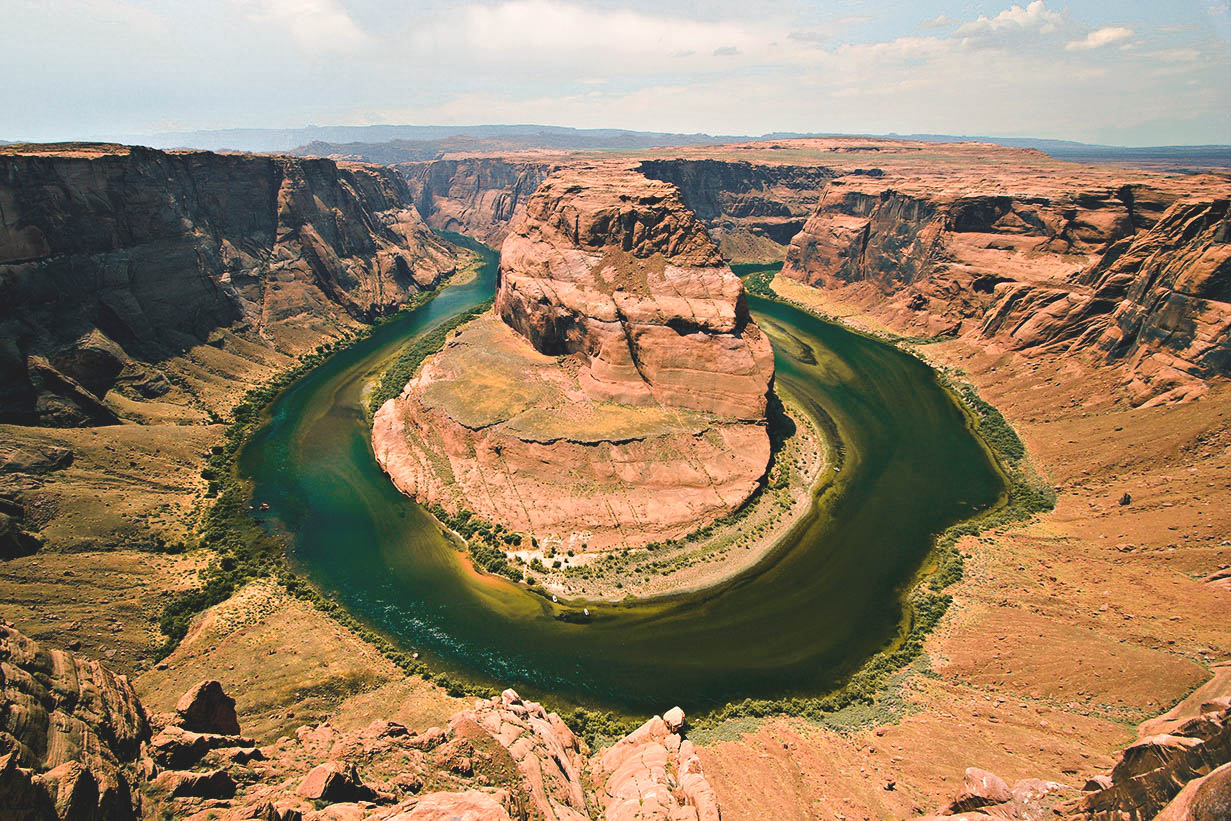 Horseshoe Bend. Havasupai Falls. The Happy Boulders in Bishop, California. It seems like not long ago, these places were under-the-radar beauties for outdoor adventurers. A visit would’ve been a chance to escape into solitude while admiring these natural spectacles.

Actually, it wasn’t that long ago. A decade, give-or-take. Today, however, these places get visitors by the droves. So much, in fact that these places are beginning to feel the burden of overcrowding. Horseshoe Bend sees about 1.5 million visitors per year, a drastic increase from the 1990’s when about 2,000 visitors would come by. A dazzling “superbloom” of wildflowers led about 100,000 visitors to descend on the small Southern California town of Lake Elsinore. The population of which is barely above 60,000. The town’s mayor labeled the weekend a “poppy apocalypse.”

What’s behind the rush to see these places? Social media, according to many. The appeal of a vibrantly colored square of nature on one’s Instagram feed lures visitors by the thousand. Some have more specifically blamed the practice of geotagging, or marking photos with the specific location coordinates of a site. Is it really all to blame? There’s plenty of debate around the answer to that question.

The Case Against Geotagging

The case against geotagging is simple enough. If these places are so overburdened by the rush of visitors drawn in by geotags, then don’t use them. By preventing a natural wonder from becoming a viral sensation, we can keep the flow of visitors to a more sustainable amount.

It’s hard to argue that certain sites would be as impacted if not for Instagram, Facebook, and the like. One unofficial trail in Grand Teton National Park going towards Delta Lake would have seen about 20 hikers a day back in 2012. Now, that number has skyrocketed to around 150. The inability of infrastructure to keep pace of demand created a risk for both wildlife and hikers, as a number of injuries occurred along the steep hike.

This approach reflects one compromise reached by a number of online outdoor lovers. Tagging a more general location like an entire national park, a river, or a town rather than a specific site.

There are a few other less-obvious threats posed by geotags. One is the way geotagging may unintentionally aid animal poachers. There have been reported cases of poachers tracking endangered animal whereabouts through secondhand information, collecting GPS locations from social media posts by safari-goers.

Additionally, there is the threat that the appetite for social media friendly images poses to visitors themselves. There is a small but growing amount of reported injuries and even fatalities that stem from people putting themselves in harm’s way for a better image. This can include moving too close to the edge of a sudden drop, or not maintaining a safe distance between oneself and an agitated animal.

The Case For Geotagging

After reading all that, one might wonder why some might still end up in favor of geotagging as a practice. For many, the answer comes down to keeping public lands and nature accessible to all.

Historically, outdoor activities have not had equal participation. Activities like climbing, hiking, and camping often saw limited participation or representation from minority communities. The same is true for lower income families and disabled persons; for a number of social and systematic reasons. As new groups are introduced to the outdoors, many advocates see extreme opposition to geotagging as a way of gatekeeping.

“Apart from the hand wringing, gatekeeping and purity tests coming from certain (very vocal) corners of the internet, I would argue that social media is making public land users more diverse. People feel inspired to go be a part of outdoor spaces they may have never entered otherwise—and that’s a good thing. Conservation starts with falling in love with America’s public lands. So post away!” explains Danielle Williams from Melanin Basecamp.

While social media is the likely catalyst for the surge of visitors to public lands, one might argue that social media has also drastically increased people’s awareness and appreciation for natural spaces. Widespread campaigns to protect places such as Mauna Kea or Bear’s Ears largely gained their momentum thanks to online movements.

Indigenous communities have even used geotags to advocate for landmarks to be known by their native names. Len Necefer, a Navajo climber, has gained much attention for climbing some of the nation’s most famous peaks and tagging them with their indigenous names on Instagram.

In the end, pragmatists might argue that it’s simply too late to turn the tide completely on geotagging. Somebody refusing to geotag their location won’t stop another visitor from doing so. Certain GPS locations might just be easily accessible no matter what. Matt Wastradowski at Outside Magazine has been more in favor of increasing signage for safer selfies. He also calls for taking the Instagram Generation into account when updating infrastructure.

This conversation, like many about the environment and human behavior, leaves a lot of room for nuance. You don’t have to restrict yourself to the strictly-for-it or strictly-against-it camps. Listening and empathy are helpful as always, as is thinking through the effects of our actions. In any case, it’s clear that social media is a powerful tool and can have both positive and negative effects.

Outdoor activist Katie Boue sums it up well: “the problem isn’t that geotagging provides too much information, it’s that geotagging doesn’t provide enough.” She suggests that tags could be improved to include not just geographic coordinates, but also information about things like soil sensitivity, indigenous history, or wildlife concerns. If an “influencer” is indeed influential enough to alter people’s summer travel plans, he or she might also be effective at making people more environmentally aware.

There is also room to think through things on a case-by-case basis. A safari in Southern Africa might be a good place to turn off geotags due to the risk it poses towards endangered species and park rangers. In a known National Park in the U.S. that regulates its visitors already, this may be a different scenario. Social media is a place for inspiration, exchanging ideas, and sharing what’s important. It’s something we can use with more care and intentionality.

To learn more about how natural spaces can increase our appreciation for sustainability while growing our spiritual lives, check out episode four of the Grassroots Podcast on Apple and Spotify- Loving God by Loving Creation.