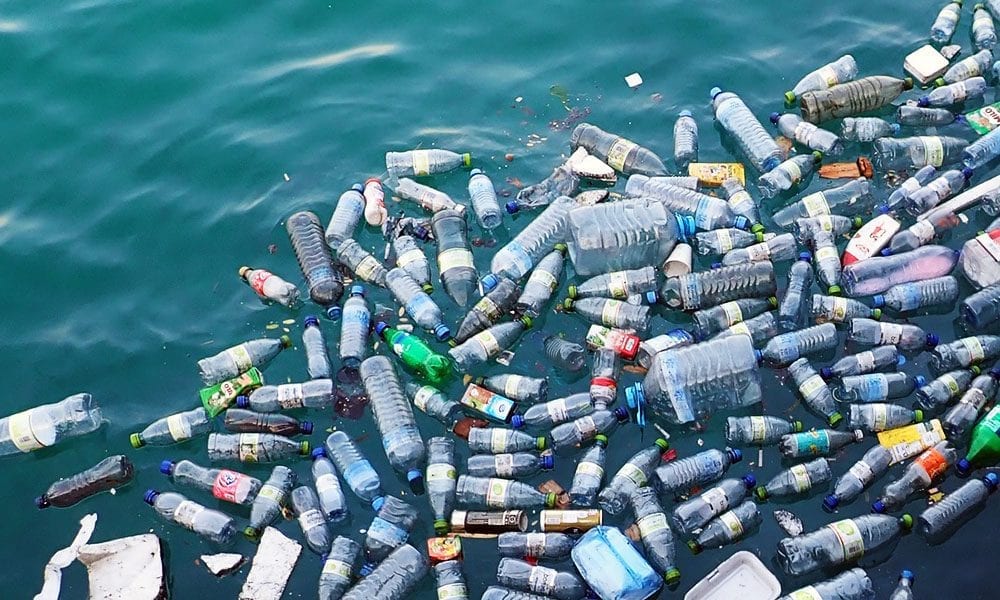 Recycling trash has been hailed as a simple way to help the environment for a long, long time. It’s easy to imagine the bottles and cans in your  blue bin being picked up and sent to a factory where they’re melted down and remade into new bottles, cans, or other goods, right?

Unfortunately, not always. Last year, Malaysia sent 60 large shipping containers filled with 3300 tons of plastic waste back to Canada. That same week, the Philippines also returned dozens of containers filled with garbage that had been there since 2013. Cambodia sent tons of plastic back to the United States, leading hundreds of cities to cut their recycling program. Why did all this happen?

Demand for recycling trash is changing

Throughout the 1990s, China began buying other countries’ plastic in bulk. The cheap labor in the country created the opportunity for their factories to quickly turn these scraps into exports like shoes, buttons, and small parts for other goods. This rampant production led to growth, but also created exposure to mercury, lead, and other dangerous substances, contributing to pollution. In 2018, China banned the import of these materials, shifting its focus to technology and higher-earning industries. When wealthier nations like the US, Japan, and Canada turned to some of China’s nearby neighbors, they responded with comments like, “I cannot understand why they’re making us a dump site.”

While in theory recycling trash is a positive, operating system that makes the consumer feel good and keeps our waste, “out of site and out of mind,” today this system’s flaws are becoming more visible. Now you know . . . sorry. Yet, as our awareness evolves, our behavior can too. The familiar phrase, “reduce, reuse, recycle” mistakenly implies that all three behaviors are equal. Reducing the amount of products we discard in the first place is the MOST essential.

Most used donated clothing ends up in landfills

On paper, donating used clothing seems to be a very easy way to do good. When you no longer need an article of clothing, why not get it to somebody who needs it? The idea of  somebody cozying up with a sweater you dropped off at a charity bin feels good, right? Especially when it benefits a worthy charity in the process.

In reality, most clothes donated to a local thrift store are not sold at that store. Charity shops like Goodwill, Value Village, or the Salvation Army sell less than 25% of the donated clothes they recieve. The great majority of items are sold in bulk to brokers.

I don’t think we should be exporting our garbage to developing countries, and I would put donated clothing in pretty much the same bucket.

Here’s what happen to the rest of these items:

And while sending used clothing abroad sounds like a good and positive idea, ,these items also do a lot of harm in places across Africa or South Asia. In countries like Kenya, textile industries have been unable to grow, stunted by a surplus of used fabric coming from overseas. Without many textile recycling facilities in Africa, most goods end their life there, burned in a field.

Donating clothes should be done carefully. Donors should only choose quality items to donate, or participate in clothing swaps among friends. Donating used clothing shouldn’t be seen as an antidote to buying too many clothes. Our excessive consumption still does a great deal of harm.

Compostable/biodegradable packaging is no silver bullet

Plastic is a problem that people are becoming aware of, increasingly.. From the image of a turtle with a straw stuck in its nose, to microscopic images that reveal how many microplastics are in our soil and oceans, this increasing concern is justified. So when you see a package of disposable utensils or dog waste bags labeled compostable or biodegradable you should get them, right?

Biodegradable goods can be great alternatives! But, we should be encouraged to dig deeper to make sure the products  actually deliver on what is promised. Researchers from the University of Plymouth recently studied how a variety of biodegradable shopping bags decompose in three natural environments: outdoors, outdoors but buried, and in the sea. The bags in the soil and sea had barely broken down after three years, and in some cases, they simply let off fragments of microplastics that are even harder to collect and clean.

There are advantages to biodegradable products; namely in their initial production but reducing landfill likely ain’t one of them.

When it comes to technical definitions, compostable is a little different. It signifies that something is made out of organic material and can be broken down by microorganisms that digest and process it into soil. The process of compost requires the right conditions, so for compostable goods to truly be beneficial, their proper breakdown should be ensured.

This complexity can be discouraging, especially because it seems like these materials appear so promising. But, increasing public awareness of these terms can help make them more useful. Certification standards, more accessible compost bins, and growing public awareness  will help us cultivate a better system. In the meantime, “reuse” (vs recycle) is still often a better choice even over “green” packaging.

We can’t actually throw things away!

Every product has a beginning and an end, and we should think more consciously about where our goods come from and what happens to them when our time with them is done. Being enlightened and thoughtful with ALL our purchases is key. Push back on fast fashion, trendy home goods, excessive packaging and uncontrolled consumption. Perhaps the first “R” of “Reduce, Reuse, Recycle,” could be “Resist,” as in, resist the temptation to purchase something else. But if you do, recycling trash thoughtfully is a start.

Yes, the dark truth about recycling and biodegradable products can be discouraging. And no, the answers aren’t simple. However,  understanding will move us toward solutions.

We can all be part of the solution

At Plant with Purpose we are committed to sustainable solutions to some of the world’s biggest problems – poverty and environmental degradation. Our local partners in some of the world’s most vulnerable communities are reversing these conditions through tree planting and regenerative farming practices that benefit us all.

Let’s join them in doing our part. Every purchase (or choice not to purchase), every trip to Costco (or the local farmer’s market) is a chance to make a difference. Recycling trash is a good start. Together we can turn the tide and restore health to both people and planet.