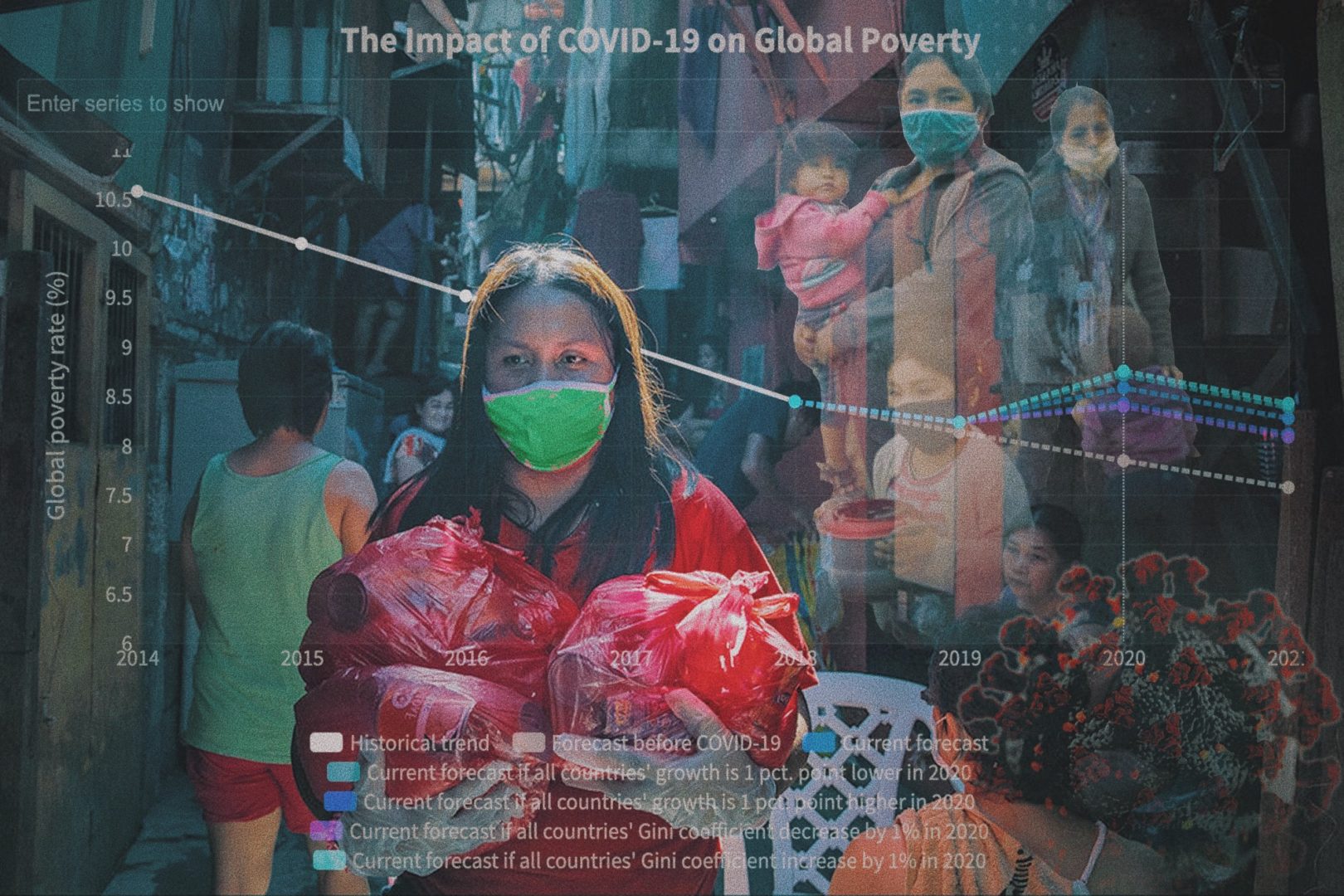 The toll of COVID-19 is complex. It has directly claimed many lives, but even those who have managed to avoid the illness must still deal with the shock it has placed on the world. One of the biggest disruptions has been the economic turmoil created by the illness. Many of the projections about how this will affect poverty in the world’s most vulnerable communities are concerning.

Making projections about global poverty is a difficult task. There are a lot of variables, including changes to population size, migration, environmental risks, and conflict. The lack of a modern-day precedent similar to COVID-19 makes the road ahead even harder to predict. That said, a number of institutions from The World Bank to World Economic Outlook anticipate that the virus will push 40-60 million people into extreme poverty.

First, it’s helpful to note that global poverty has been in a steady decline for decades.

The percent of people living under $1.90 per day has gone down year after year since 1998. This is good news, of course, and it reminds us that we don’t have to accept poverty as an inevitable circumstance for millions.

How badly? That depends on a couple of factors:

1) How badly did the virus affect economic activity? Were markets closed for weeks? Months? What happened afterwards?

2) How many people were living close to the international poverty line of $1.90 a day? A country with a large population just slightly above that level is likely to contribute to a significant dip in global statistics. 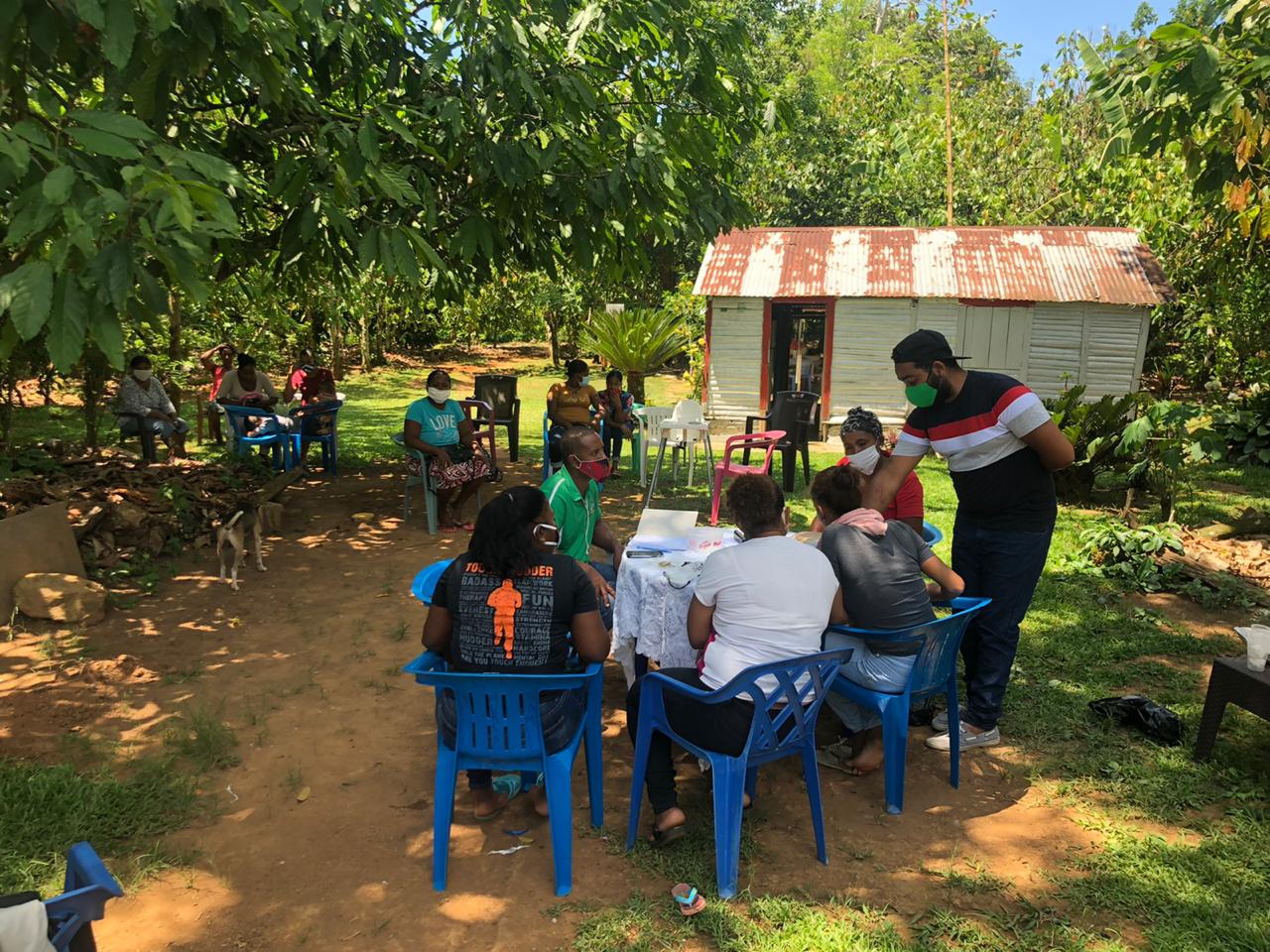 With this info taken into account, global poverty is likely to rise by 0.7 percentage points.

That’s 49 million people who will be pushed into extreme poverty.

This will most likely affect Sub-Saharan Africa the most.

From a health-perspective, this region has been relatively spared from the worst of the virus. This is good news, given the fragile healthcare systems in many of these countries. Unfortunately, they may face the worst in terms of economic impact.

23 million people in Sub-Saharan Africa are projected to be pushed into extreme poverty.

The three most vulnerable countries are India, Nigeria, and the Democratic Republic of Congo.

12 million in India, 5 million in Nigeria, 2 million in the DRC. Middle income countries with large populations like Indonesia, South Africa, or China are also likely to see a large increase in people living below the poverty line.

If 40-60 million people are pushed into extreme poverty, global levels would be similar to where they were in 2017.

That’s concerning, though not as bad as the projections for 10 years or 30 years that others have suggested. Where does that number come from? Regional variations. Assuming a worst case scenario for countries with a large population living just above the poverty line, like Nigeria, poverty levels could look similar to how they were in the 1990s.

Resist hopelessness – While the increase in poverty worldwide is bad, we can learn from effective measures taken in the past that have resulted in 30+ years of steady progress. What we’ve learned in that time can help us respond even more efficiently and effectively.

What can we do?

Partner with organizations that focus on the most vulnerable locations like Plant With Purpose – The countries most at risk were the ones with the highest levels of poverty. Within those countries 4 out of 5 people in poverty are rural.

Don’t forget the role of environmental health – A healthy environment is critical in preventing food insecurity in the most vulnerable communities. At the same time, rural areas hold a high share of poverty, and these places are dependent on healthy soil.

Seek justice – Poverty is intersectional, meaning it is often other social determinants in a person’s life make it worse. Address poverty and inequality by their root causes.

To make a gift that helps communities struggling with worsening poverty during COVID-19, visit our Readiness & Resilience page.