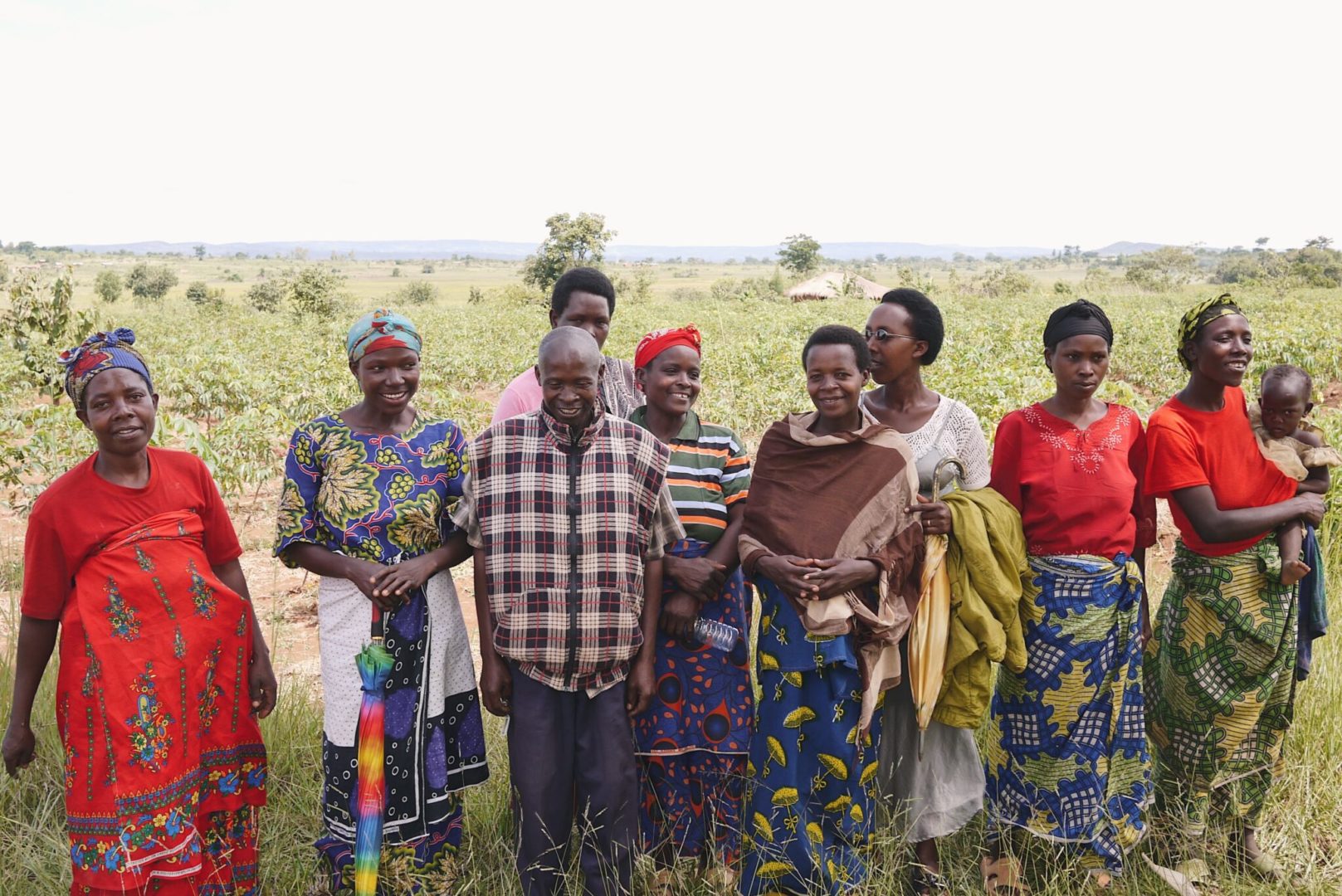 Displacement refers to somebody who has left their home due to force or a lack of safety, in most cases, conflict. This term differs from refugee status, since refugees are technically defined by crossing a national border.

When regional conflicts came to the area of Dushirwe, many families had to leave. They fled into the northern part of Tanzania to escape violence.

Some of these families stayed for only six months, but many remained for 4-5 years. After a while, however, the conflict subsided and allowing families to return.

But would it be worth it? That was the big question.

After years of neglect, the area’s farmland had grown unproductive. Global environmental issues had worsened the conditions of food insecurity. On top of that, many farmers had spent years away from their fields or from being able to learn techniques.

Restoring unproductive or infertile farmland isn’t easy, but there are a few things that help. First, you need to return nutrients to the soil. Tree planting is one of the most effective ways to do this. Roots hold down nutrients and mature trees provide added benefits like shade and help with water retention.

To restore land, you must also address issues of poverty. In many rural parts of the world, desperation leads to practices that trigger deforestation and the burning of fields. In order to prevent further environmental damage, economic opportunities must be available.

Deo lived this experience when he returned to Dushirwe after about a decade in Tanzania. He spent most of that time moving around from one displacement camp to another.

When he returned he joined Plant With Purpose’s local efforts. He started helping his neighbors learn how to grow cassava in ridges to help them withstand the risk of flooding.

He also began participating in a Plant With Purpose savings group. He took out a loan which he used to buy a bicycle for a family member who had had his bicycle stolen. Deo replaced the bicycle and repaid the loan to the group.

Deo’s story is a familiar one to his neighbors. In his Plant With Purpose group, 20 of the 28 families represented fled the conflict.

Now, he has helped embolden his community to be proactive about techniques that help restore the land. When he first introduced the concept of ridge planting, he told the village chief, “you can try this, if it works it works, if it doesn’t work, it doesn’t work.”

Not only has it worked, but it’s been widely embraced by the community. It’s led to a lot of positive results than can be felt in the area’s ecosystem. Much like its human population, lush trees, cooler temperatures, and larger crop yields are starting to return.

This experience shows that change can come to even the most difficult of places. Even though people and land can go through extraordinary obstacles, there is still hope for making things new. This isn’t always easy, but with belief and participation, much is possible.

Plant With Purpose exists to help you support farmers like Deo be the solution to our planet’s ecological problems. Through focusing on the spiritual roots of environmental challenges, we see transformation take place at every level. Want to partner up? Sign up to become a Purpose Partner here!