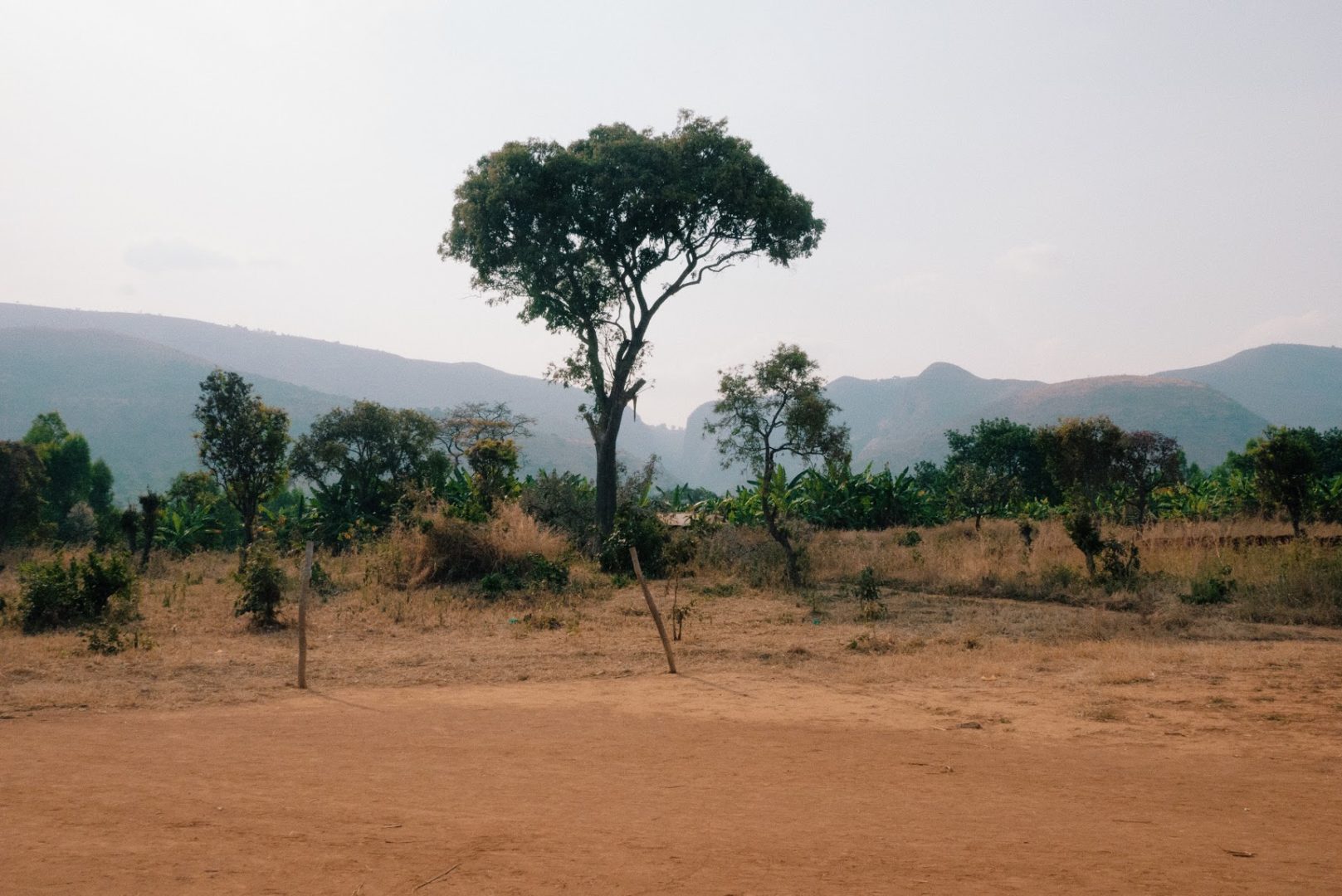 Human trafficking continues to be one of the most pressing human rights violations around the world.

Human trafficking is the illegal trade of men, women, and children, and the exploitation of their bodies and labor. In practically every country on earth, people are coerced or tricked into an industry of modern-day slavery. According to the Global Slavery Index 2018, 40.3 million people being trafficked, that makes for more enslaved people today than at any other point in human history.

While human trafficking is worthy of far more attention than it currently receives, awareness is growing. Various campaigns from anti-trafficking organizations have resulted in a growing number of people committed to the fight against modern slavery and larger investments. At the same time it becomes increasingly important to have an accurate understanding of the problem, in order to avoid misinformation and to effectively solve it.

In many instances, anti-trafficking efforts are widely perceived as high-action, covert operations that culminate in dramatic rescues such as bursting open the door of a brothel where children are held in bondage. Examples like this do exist, and they are an important part of fighting trafficking. However the intensity of these scenes can sometimes obscure the long-term, slower-moving commitments necessary to permanently combat trafficking.

As long as trafficking exists, rescues will remain important. However, the best solution to human trafficking is the prevention of people being trafficked in the first place.

In order to sustainably prevent human trafficking, we must also understand its root causes. Who are the most vulnerable people at risk of being trafficked? What circumstances lead to their vulnerability? How are they tricked or coerced?

Unearthing the answers to these questions is the pathway toward prevention. They help us better understand how human trafficking relates to other issues, like poverty, mental health, and yes, the environment as well.

A poor environment creates the conditions that make people vulnerable to human trafficking.

Plant With Purpose does not work directly with human trafficking issues. If you are looking for an organization that directly targets this problem, we would enthusiastically point you toward our friends at organizations like Love Justice International, International Justice Mission, The Freedom Story, or Love146. These organizations have programs directly focused on preventative measures and survivor care.

With that said, our programs that are focused on restoring natural environments and empowering rural communities make an impact that significantly reduces people’s vulnerability toward being trafficked.

How does that work? When communities bring their ecosystems back to heath, they mitigate some of the strongest risk factors toward human trafficking.

Globally, rural locations account for around 84% of those living in poverty. These communities are heavily dependent on agriculture for their livelihoods, which means that an unhealthy environment only makes their experience with poverty worse.

The earth loses enough trees to deforestation each year to cover the nation of Panama, around 25 million hectares. As much as one-third of the world’s wood trade is led by illegal logging networks. These networks often exploit the labor of indigenous populations and other people through coercion.

Communities that have been organized around protecting their forests are far less likely to be targeted by illegal timber industries. Promoting reforestation at a local level can greatly curb the ability of these networks to take advantage of communities.

Immigrants and displaced people are among the most common victims of human trafficking. Many immigrants are driven to new locations because of some combination of conflict, economic hardships, persecution, or climate change. Many are desperate for income opportunities, which makes them vulnerable to false promises that lead toward being trafficked. Climate change is the second leading cause of displacement or migration, and this rate is increasing.

A common form of displacement is the migration of someone from a rural area to an urban center. When income opportunities from agriculture-based communities disappear due to climate change, more and more people are drawn toward urban centers. This occurs all around the world, but especially in South Asia and Africa’s Sahel region.

Many of the new migrants to urban areas are drawn by the promise of more income opportunities. Often, domestic labor or factory jobs offer the potential to earn resources that could support family back home. Hopeful migrants arriving in an urban center are more vulnerable to deceptive actors who take advantage of their desperate circumstances. It can be extremely difficult to escape conscription into such networks.

Here’s how investments in our communities’ ecosystems have increased their resilience against being trafficked.

Plant With Purpose’s environmental restoration programs consist of giving rural communities the tools to reverse environmental destruction in their communities through planting trees, practicing regenerative farming, and healing the soil. As the land improves, so do people’s lives. Positive impacts don’t only include food security, ecological health, and a decrease in poverty, but also stronger communities and a greater sense of empowerment among program participants.

Here’s how some of those impacts make our participating communities more resilient to exploitation.

We invest in savings groups and opportunities for rural participants to save money, take out loans, and invest in their own businesses.

Families who participate in our programs are 64% more likely to say that they have the ability to improve their lives.

This statistic doesn’t just represent a good feeling. It also shows that the pervasive sense of desperation that makes people in poverty highly vulnerable toward exploitation is no longer there. People are no longer as likely to say yes to a risky opportunity for work if they have the means to improve their condition.

Some of the populations most often targeted by human traffickers are single mothers and orphans. Migration and early mortality are two of the biggest reasons why children may be missing one or both parents. According to information from Love146, “Many children who have experienced trafficking have also had other traumatic experiences that put them at greater risk.” A disruption to one’s family structure during childhood can often serve as such a traumatic experience. Climate change increases both of these conditions.

The good news is that climate solutions make it possible to lower these risks. One of the most commonly heard testimonies, particularly from our participants in Mexico, is that adults who may have planned to leave their homes in search of different opportunities change their minds. Looking for work away from one’s family is almost always a last resort. When parents see that their land can be restored to health, allowing them to provide for their children while being present, every member of the family becomes safer.

Sadly, children make up around a quarter of those who are trafficked. Females represent over 70% of victims. One of the best defenses against this is sending more girls to school.

Simon Baker, a human trafficking researcher, has concluded that, “The best data indicating the number of children at risk of being victims of child prostitution are education enrollment figures. Education is a surrogate measure for both child labour and child prostitution.” This is also supported by fellow researcher Louise Shelly’s conclusion that, “Those who are trafficked are the least educated.”

Fighting human trafficking and climate change is an interconnected process.

One of the great spiritual lessons reflected throughout creation is that everything is connected. While at a surface level, human trafficking and environmental challenges may seem like two separate and distinct problems, both share a strong relationship.

From a Christian perspective, broken relationships are at the root of both injustices. When people can no longer see the image of God in other people, or the fingerprints of God throughout all of creation, both humans and natural resources can become commodified. Exploitation becomes a common occurrence in a fallen world.

Justice is the correction of all relationships. When you begin to pursue justice through one particular cause, you begin to realize that it’s a pursuit linked at the roots to a number of other causes. Fighting environmental degradation and fighting human trafficking no longer feel like separate struggles, but simply two parts of the same pursuit.

If you’ve supported Plant With Purpose in any way in the past, your contributions have helped build resilience against human trafficking through healthier environments in communities at risk. At the same time, we applaud the work of organizations who work more directly with trafficking prevention, building justice systems, and promoting survivor care. To learn more about some of their efforts, check out Love146, The Freedom Story, International Justice Mission, The A21 Campaign, Not For Sale, or Love Justice International.